Just When You Think It’s Safe 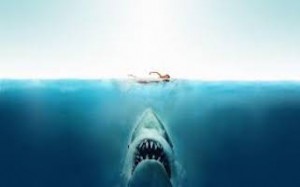 The 2015 Red Sox Rollercoaster Tour continues. One week they suck, the next week people are planning a parade, then Clay turns back to sucky Clay and the Yankees put their boot in our ass. There’s just something about this team that isn’t right…they have that loser feel to them.

Before last night’s game, the war cry was “it’s only 5 1/2 games.” The reality was, and still is, that it’s still four other teams to climb over. I’ve put the numbers into the Surviving Grady super-computer and it just started laughing. This is not a play-off team.

Farrell has to be the sacrificial lamb. What’s the sense in getting Napoli in the line-up three games before the break? Then again, he did get a hit and raised his average to .194…think about that. To make matters worse, the Sox made A-Rod look like the old juice-monkey A-Rod, and who needs that?

I’ll keep watching these guys, it’s what I do, but I don’t have to like it.

Next post Red Sox, Yankees and the Second Most Important Game of the Year