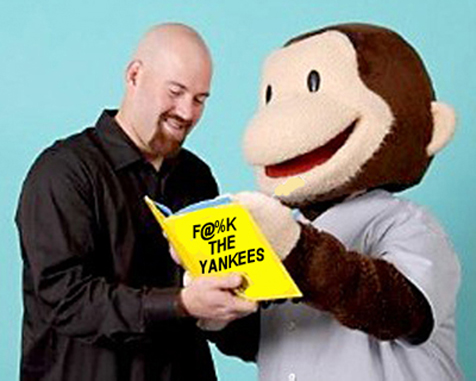 All it ever seems to take to bring out the worst (or dare we say the best) in a person is first-hand exposure to the Yankees/Red Sox rivalry. While things may not be as insane as they were in the 70s — where rumor has it Thurman Munson once waved a gun toward Carlton Fisk as he charged home plate — every game seems like a powder keg just waiting to be set off. It’s the kind of lunacy that got Tek to feed A-Rod his glove, had the Boston Police consider assault charges against Jeff Nelson, reinvented Joe Kelly as a fighting machine and convinced a 70-something Don Zimmer to lose his shit and charge Pedro Martinez.

Now, those of you who were born in the pre-SpongeBob era may not recall this, but there was a time, back when you had to actually knock on someone’s door to call them a simp, that the New York Yankees were good. Like, consistently good. So much so that the Red Sox existed primarily in their shadow in the AL East.

That was certainly the case as we shuffled into the mid-90s. From 1985 to 1995, the East was won by Toronto five times, Boston twice (no need to talk about how those seasons turned out), and Detroit once. We even had a strike year in there with no World Series. Through it all, the Yankees were living off past glories. Hell, even now, despite having the second-best record in the American League, the Red Sox are still only getting +900 odds to win the Pennant, behind the Yankees (and Rays).

Then came 1996. The start of the Joe Torre era. The Mariano Rivera era. The Yankees won it all. Wade Boggs rode a horse. Boston fans felt our souls implode. Then came 1999. The Clemens-in-Pinstripes era. Parades in NYC for three straight years.

Of course, 1999 is better remembered around these parts for being the year the Red Sox finally achieved full nuclear superiority through Pedro Martinez. Pedro joined the Sox in 1998 but in 1999 he established himself as the King of Land, Sea and Air, going 23-4 with a 2.07 ERA and 313 strikeouts.

And while it killed us (or at least it killed me) to see Boggs and Clemens go off and get rings with the Yankees, what burned my ass even more in the late 90s/early 2000s was seeing all of Pedro’s awesome going to waste. Nothing illustrated this better than the 1999 ALCS, where we found ourselves going head-to-head against New York and only one game—the one Pedro started. And do I really need to revisit the 2003 ALCS?

Thankfully, the last time the Yankees were a blip on my radar was the 2004 ALCS. Once we shook that monkey off our back, they’ve been like a lovable neighborhood punk who tries to shake you down for a quarter. A pain in the ass, but so goddam cute you give ’em the quarter anyway. And yes, even though New York has tasted the postseason more times since then than us, the four World Series titles we’ve won across the past 17 years have more than compensated for any inferiority complex that previously existed.

Today, we’re the better team, the stronger franchise, the 800 pound gorilla. I like it. 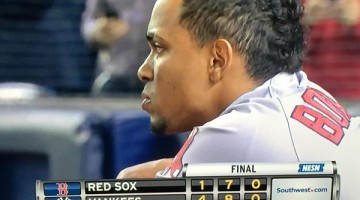 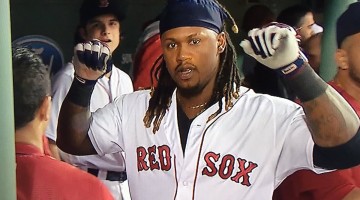