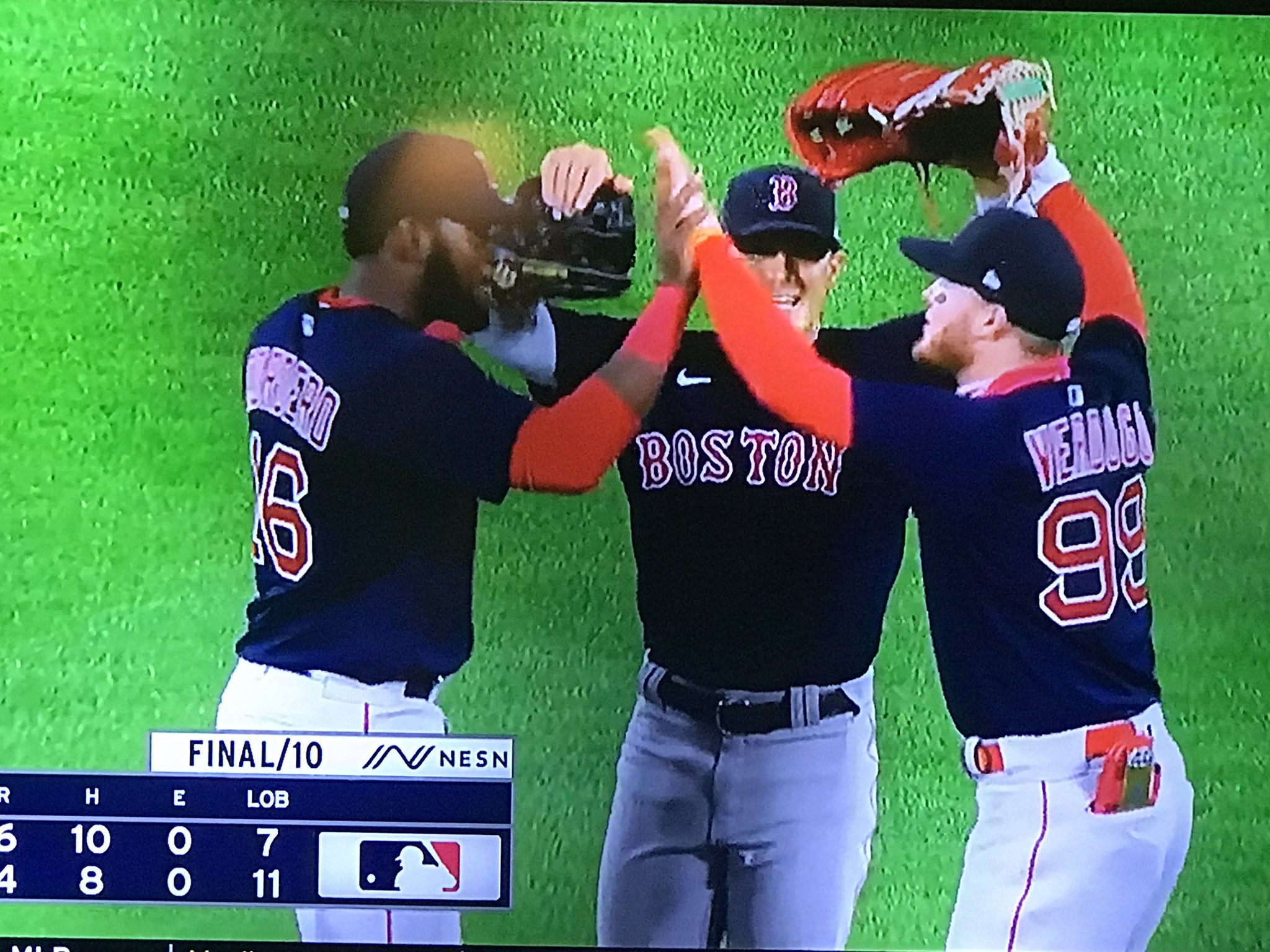 Five wins in row. Sole possession of first place in the East. Sure, we’re just a week into the season, but the way the Red Sox are playing has got to have even the most pessimistic fans among us saying, “maybe this season won’t be as bed-shittingly bad as 2020.”

Last night against Baltimore, they had every reason to end their brief but enjoyable win streak. Garrett Richards coughed up two home runs in the first to erase a Red Sox lead. The offense went quiet after that first inning outburst. And, for Chrissakes, they’d just won four in a row. They’d have easily earned the mulligan by dropping this one.

But that’s not how the 2021 Red Sox roll. After the Orioles went ahead in the bottom of the eighth, the Sox tied it up in the ninth and then pushed two across in the tenth to lock up the win. It was a game in which they truly saved their best for last, including Matt Barnes positively shutting down the Os in the ninth and Devers coming up with a huge defensive play in the eighth that essentially saved the game:

That ball gets by Dev or he doesn’t make the throw, game over. Simple as that. For a guy whose defense sometimes seems sketchy, this was good to see.

We can talk about resilience and chemistry and all the intangibles. Maybe this Red Sox team becomes the most under-promising and over-delivering version we’ve seen since 2013. Maybe they don’t. All I know is that after a less than promising start, they’re suddenly entertaining as hell, they look like they’re having fun, and they’re winning ballgames. Unless they can also hook me up with a free meal at Friendly’s with Emma Stone, I can’t ask for much more from my baseball team.

The chance for a Red Sox win for the sixth straight game happens this afternoon. Be there.

Next post If the Red Sox Lose Again, It Will Be Out of Sympathy