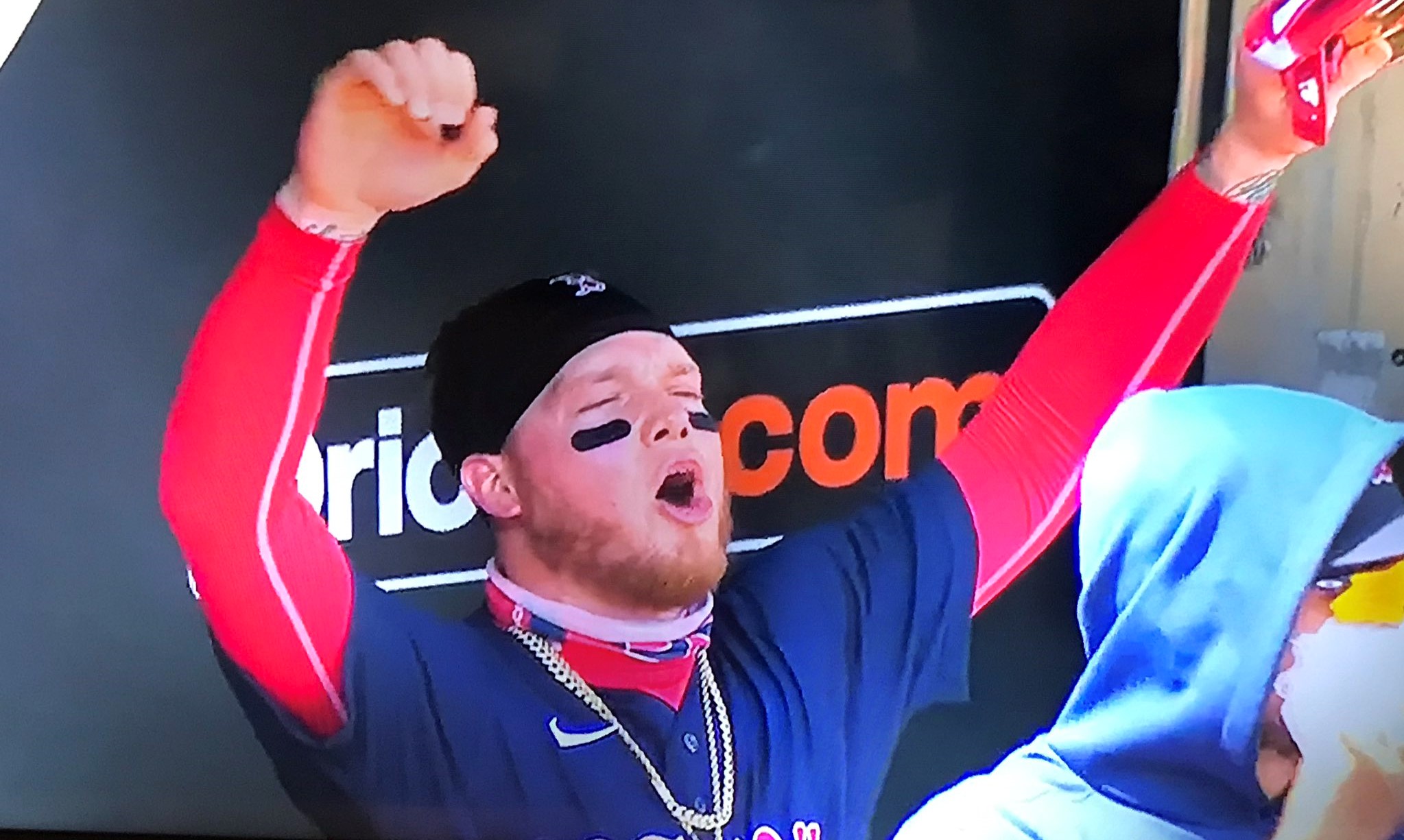 It’s officially getting ridiculous. Your 2021 Boston Red Sox just keep on winning, even as the universe continues to give them reasons (or, you might say, excuses) for easing up on the EXCELLENCE pedal and dropping a game once in a while.

For example, when Monday’s game was cancelled and a double header was scheduled for Wednesday, I figured, “Okay, if anything’s gonna kill this streak it’ll be playing four games within a roughly 48 hour period.”

Then when Tuesday’s game looked like it was being played on Ice Planet Hoth, with snow enveloping a group of players who are used to being far closer to the equator, I thought, “Okay, the weather will get ’em today.”

But each time, they proved me wrong. Even yesterday, in the second game of a double header, when Twins’ starter José Berríos was tying the Sox up in knots and holding them scoreless through four, I had the audacity to say out loud, “Okay, if the streak ends right here I have no complaints. These guys have given their all and the schedule and pressure and a pitcher who’s ‘on’ have finally combined to do them in.”

It was at that precise moment that the Red Sox unloaded, scoring 6 runs and pretty much securing their ninth straight win, with a chance to go for 10 in a row today.

This all leads me to the conclusion that if the Red Sox do actually lose a game, they will do so out of sympathy. To make themselves seem “vulnerable” and perhaps “beatable” to other teams. To “give the other guys a chance,” so to speak. To lull their enemies into a false sense of security, knowing full well that they can turn it back on any time they choose.

This is a team I had zero expectations for coming out of spring training. Hell, I was still so high off 2018, I figured the buzz could carry me through to at least 2022 or 2023, when MLB games will likely be played in space domes and be three innings long and let wild tigers roam the outfield to “speed up” extra innings. But these guys have come out fighting, ready to take on the naysayers and just generally having a good time kicking everybody’s ass.

I know the drill. We’re only one week in. Gotta keep the emotions in check. But this year I’m saying fuck it. These guys are gonna tear things up and if they choose to lose, it will only be to maintain parity and give other teams the delusion that they, too, can be World Series champs.

Previous post All the 2021 Red Sox Do is Win