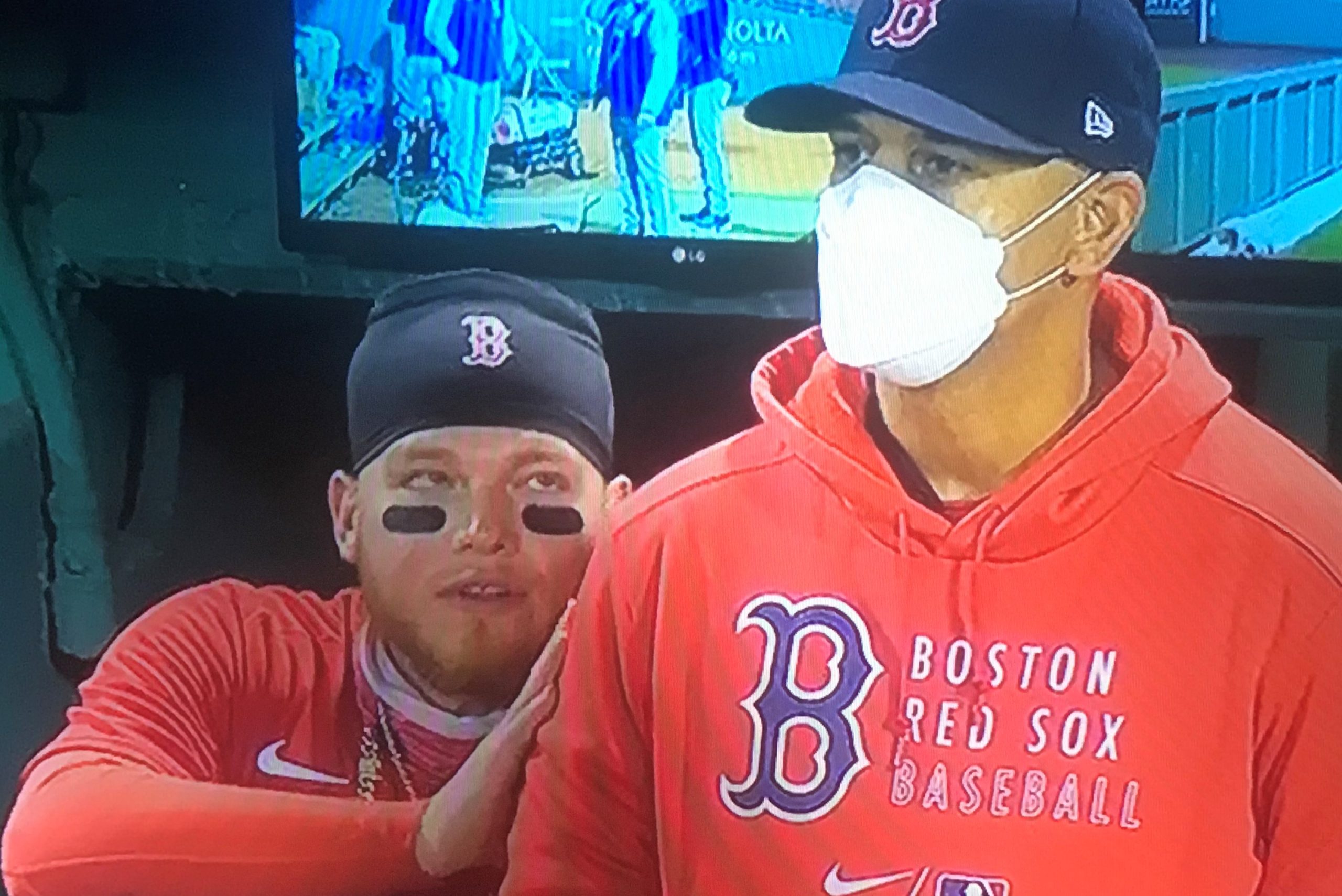 The best thing about this 2021 Red Sox team, at least to my beer-stained eyes, isn’t the Superman offense (King Xander has come to life as the weather gets warmer, tied with JD Martinez for the MLB’s most hits) or the reliable-to-this-point bullpen or the pleasant surprises like Garrett Whitlock or their never-out-of-it resilience.
It’s how much fun they seem to be having.

Between the home run cart ritual and the waving after each hit and the dugout hijinks, these guys are looking more and more like a beer league softball team — and I mean that in the best possible way. Each of the last four World Series-winning Red Sox teams had that goofy spirit about them, whether it was 2004’s Idiots or Papelbon Irish-stepping with a Coors Light box on his head in 2007 or 2013’s hillbilly deluxe or 2018’s hip thrusts and outfield dances. I’m not putting 2021’s team on a similar pedestal (at least not yet). But if the keys to winning games is a loose clubhouse, looking like you’re having fun and maybe even actually having fun, these guys will be playing well into October.

Is Alex Cora the secret ingredient? Maybe, maybe not. But if anything’s gonna make Cora the first Red Sox manager since Teets Francona to steer the Red Sox to two World Series wins in four years, it’s gonna be the comfort and ease with which players carry themselves under his watch. And just as Francona seemed to bring out the best in Young Dustin Pedroia, so to does Cora seem to be having a positive effect on Alex Verdugo. Something that was evident during last night’s game:

As soon as I saw that, I immediately assumed Alex Cora to be the perfect TV sitcom dad to this bunch. In fact, I could totally see him helping JD fix his car, having the awkward “sex talk” with Bobby Dalbec, helping Devers score a job at the neighborhood bike shop and telling everyone to stay clear of Julian Tavarez, the crazy neighbor across the hall.

And who knows? He may even spring for renting a cool convertible to drive the kids down Boylston for the World Series parade.

We’ve got Nathan Eovaldi on the hill today at 1:10pm. Be there.

Previous post If the Red Sox Lose Again, It Will Be Out of Sympathy