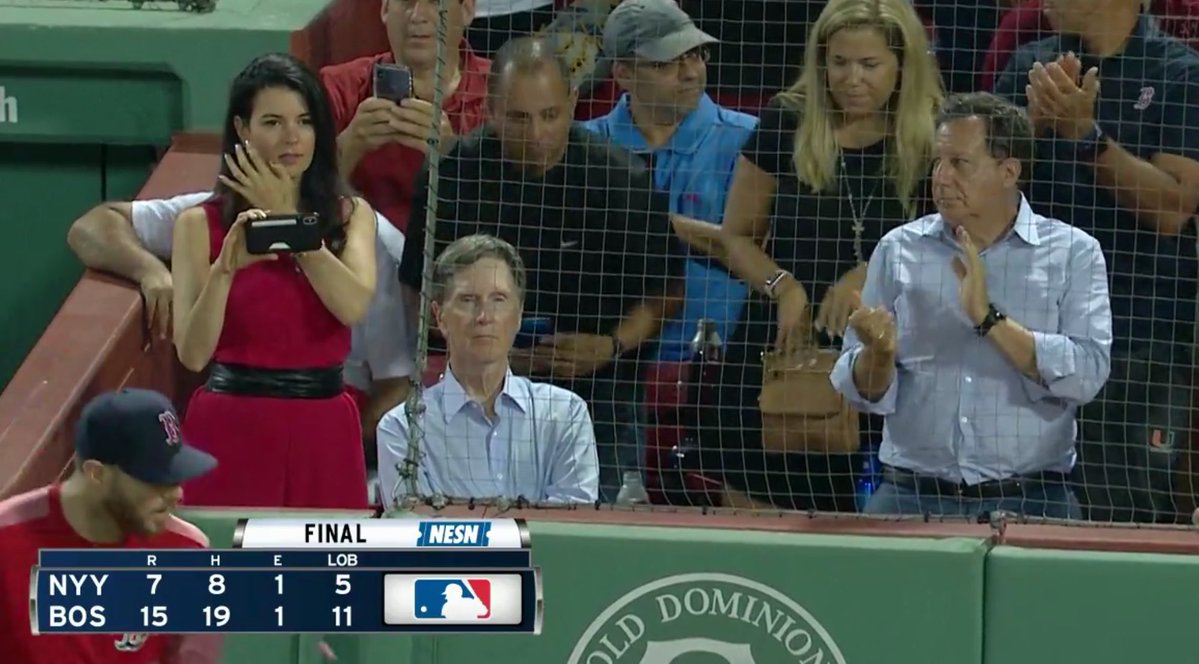 You may look at the Red Sox’ current situation and say that they are a team in full free-fall, their brightest star traded away to Los Angeles, their starting rotation barely deserving of single-A notoriety and a line-up that is clearly convinced that putting bat to ball is punishable offense.

But as college-educated drinker who sees things from a variety of perspectives, I ask you to consider this: the Red Sox are geniuses, and this season is just part of the master plan.

I’m not saying the Red Sox have insight to things like global pandemics, but their best pitcher having Tommy John surgery right before the entire world shut down? That’s a fortunate stroke of serendipity. And while we hope and pay for E-Rod’s speedy recovery, the fact is the Sox will come into 2021 with their two top arms well rested and (hopefully) healthy. When I heard someone on the bus the other day say that the Sox should trade for an arm, I stood up and flung that person through the doors at the next stop, because that’s crazy talk and I don’t need it on my bus.* The Red Sox know this year is shit and don’t feel the need to waste precious arms on it. Save your coins for the long season and sports betting Michigan.

Let’s face it: the parade of “talent” that has taken the mound for the Sox this year — a crew responsible for record- and dick-shattering ineptitude — are just placeholders. They’re the American Idol contestants of MLB pitchers. Some may have a place on the 2021 team, others will be teaching gym at your local high school in four years. But the fact is they’re enabling the Red Sox to field a team and go through the motions without sacrificing our future. That’s kinda brilliant.

Let other teams worry about hitting a grand slam a night or cleaning up in an imaginary season. The Red Sox know what’s up. The fact is even a cursory glance at their recent history shows that for every World Series victory, there’s a downturn. 2004 beget 2006, 2007 led us to chicken-and-beer, 2013 gave way to two consecutive seasons of misery. With 2018 still fresh on our minds, a collapse is inevitable. Why fight it, especially in a season that will be forever attached to asterisks?

It’s an odd feeling, for sure, to be hoping for a Red Sox loss every time they tale the field. But I’d rather they get it out of their systems now, before we move back to any semblance of “normalcy.” All I”m asking from the Red Sox right now — indeed, all I’m asking from baseball in general — is to give me a couple hours each day that I can forget that the world’s in free fall, winter is slowly approaching and I still can’t walk down to the corner bar, order a beer and watch the game.

No need to shoot the wad on a season that didn’t need to happen. Just keep the auditions going, assemble your horses for the next few years, and call me when I’m allowed to wedge my drunk ass in a Fenway grandstand seat.

*I don’t actually own the bus.