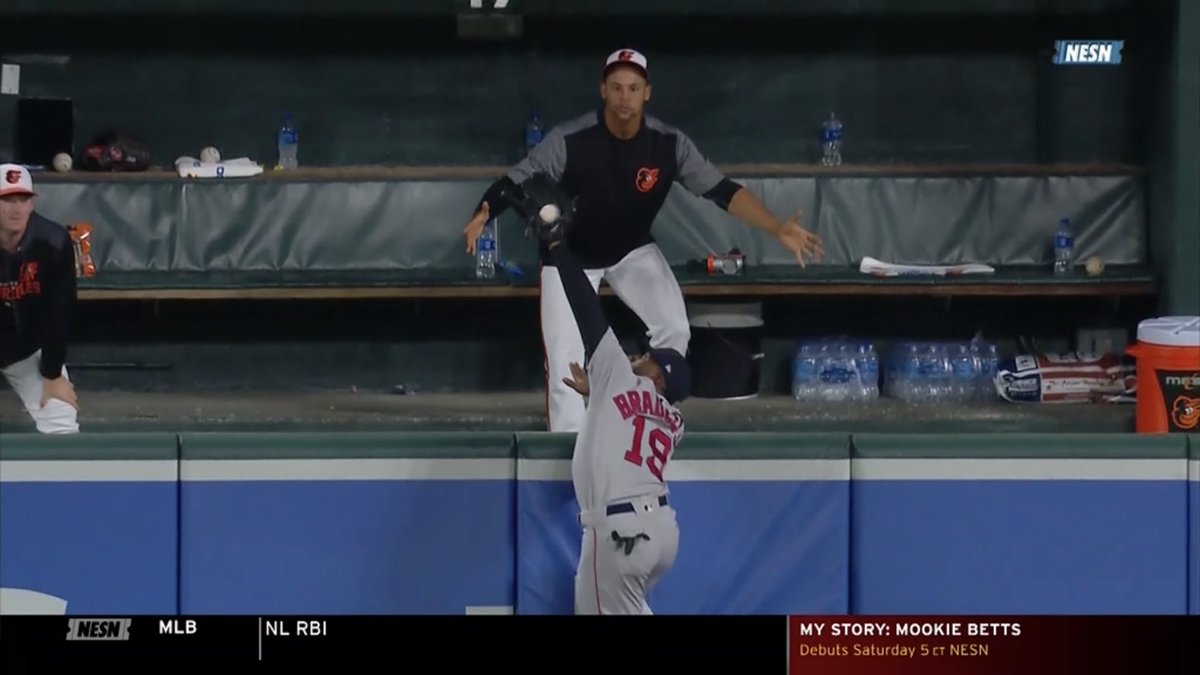 I know I haven’t really been blogging much these days. I blame it on a couple of things: my covert work with the government which often requires me to don a fake beard and “disappear” into the Congo for weeks at a time, and the fact that the 2019 Red Sox season has, thus far, been about as alluring as a Hampton Inn breakfast spread when the waffle maker’s broken.

Last night pulled me out of semi-retirement, for a number of reasons. The most prominent being that this was a game that we were on the verge of losing to the Orioles. The crapbag Orioles. One of the worst teams in baseball and second worst in the AL as of this writing.

Yes, even after Chris Sale, who has been born again hard after a lackluster (some might call it miserable) April, threw an immaculate inning (that’s nine pitches for nine strikes and three outs, kids), we were still on the verge of losing to the Orioles.

Actually, let me correct myself. We lost to the Orioles. After heading into extra innings tied 1-1, the Sox essentially lost last night’s game when Ryan “punching bag” Brasier served one up to Trey Mancini in the bottom of the eleventh. The ball was knocked over the wall, but then Jackie Bradley Jr, being Jackie Bradley Jr, kicked it into gear and snagged that ball before it could drop. It was an insane play that JBJ somehow makes look routine to us. And it literally saved the game. In fact, if you check out BetQL for the most updated MLB lines, odds and spreads for every game, you’ll almost certainly have an edge every time JBJ’s name is added to the line-up card.

So walk-off becomes routine out. Setting the table for Benintendi to hit the go-ahead, winning home run in the top of the twelfth.

So there you have it. JBJ gets Mjolnir. Sale gets Stormbreaker. We get a few extra innings of drinking. All’s good.

And for those of you who stayed up for the whole thing, I tip my cap and my morning beer to you. In fact, I may just rewatch the game now and have another.