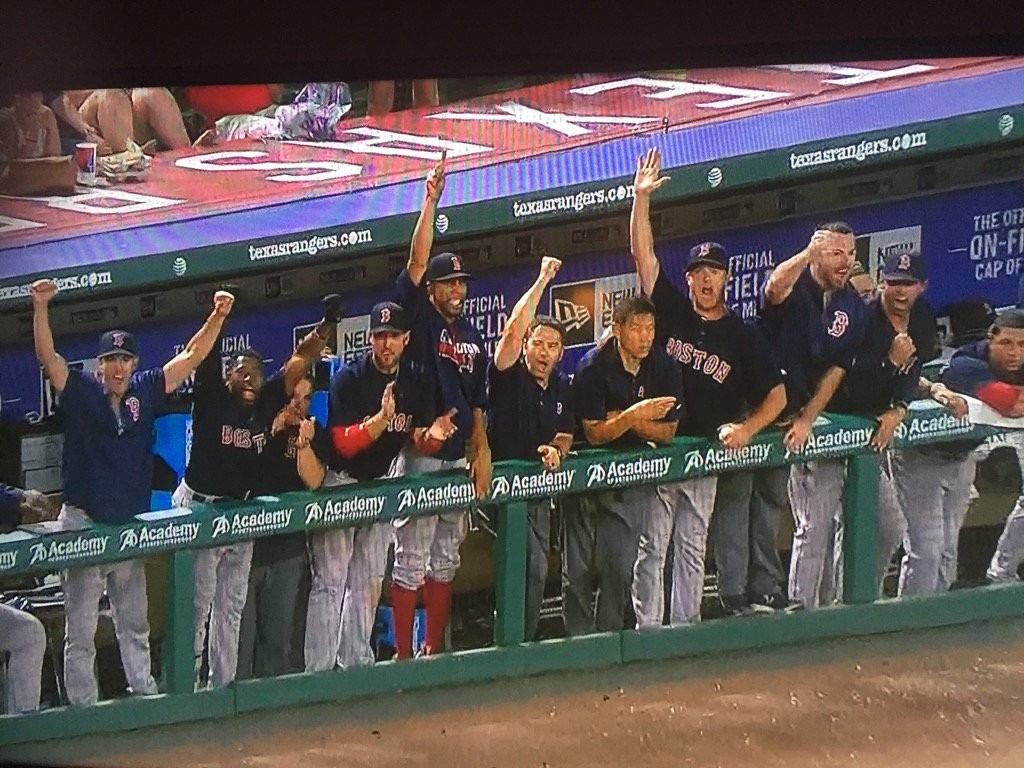 Honestly, after watching the Red Sox drop three of four to the White Sox and half-ass their way through their recent homestand, my expectations for this road series hung lower than a dog’s balls. And after David Price coughed up 12 hits and 6 runs to the Rangers in just 2.1 innings, I figured it was as good a night as any to turn off the game and work on my collection of Mike Timlin wood carvings.

But I hung in, mostly being too drunk to reach the remote, and faith was rewarded. Slowly but surely, the Red Sox kept chipping away at the lead. A Hanley home run in the fourth and a JBJ shot in the seventh made it 7-4. Meanwhile, the bullpen actually prevented the Rangers from scoring. This led to the ninth inning when the Sox, inexplicably, hung a four spot on Texas with a two-out rally sparked by–wait for it–Sandy Leon. After The Greatest Catcher Who Ever Lived knocked in JBJ to make it 7-5, Mookie Betts stepped to the plate and did this:

Needless to say, his teammates were fine with it.

One Pedroia walk, Xander hit and passed ball later, the Sox had an improbable 8-7 lead. But we still had to wheel out Koji for the bottom of the ninth, which is a risky proposition these days, to say the least. But Koji responded by striking out the side and promptly losing his shit, along with the rest of us. 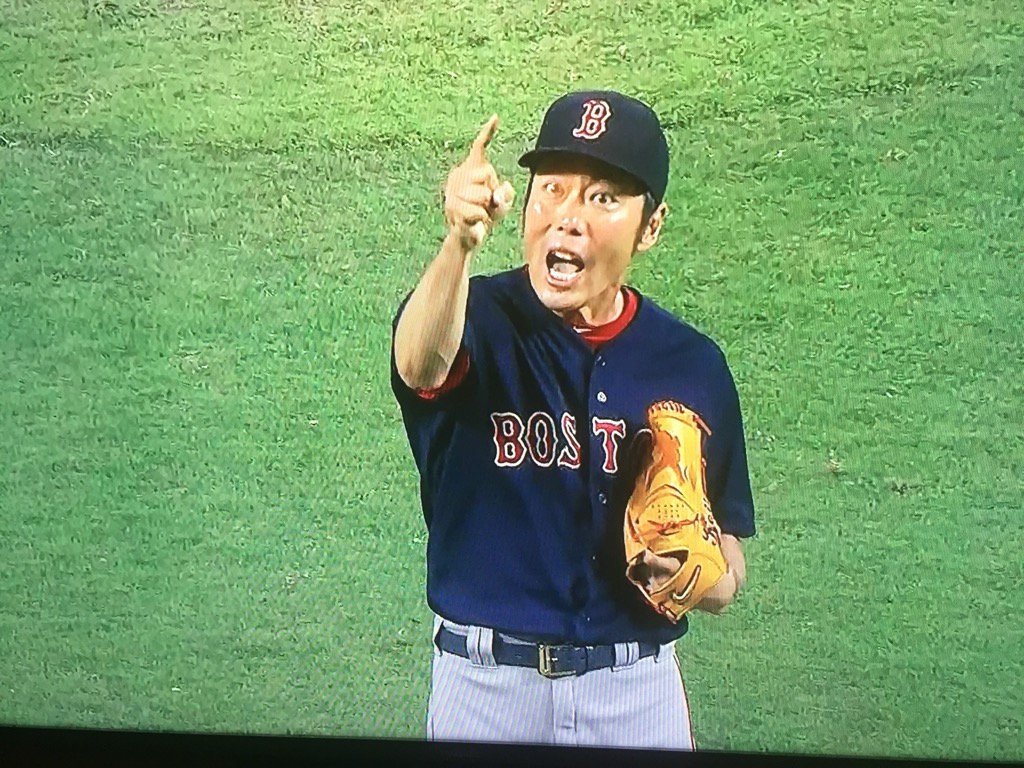 It was the most bizarre, unlikely and uplifting win of the year — the polar opposite of last Monday’s crushing squanderfest loss to Chicago. More importantly, it was the kind of win that could spark a streak. I know I’m thinking good thoughts. And so is she:

Next post Back The Red Sox to Win The AL East