Back The Red Sox to Win The AL East 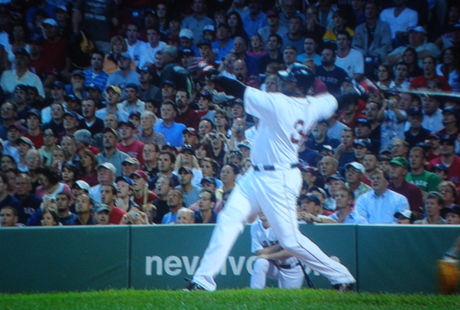 The Boston Red Sox are almost back to their vintage form this season and are primed and ready to take the AL East. The Red Sox are near the top of the division and look as though they can make some serious noise in the postseason, especially if they take the AL East division crown.

The Orioles and Red Sox are neck and neck so far this year and will battle tooth and nail for the division crown. The Red Sox, given the fact the Orioles lead the AL in home runs, will need to be the more well-rounded and complete team in the lead up to the postseason.

The Orioles, by hitting the long ball with extreme proficiency, are able to hide other blemishes in their line-up. But if the Orioles can maintain that sort of power production all season, the impetus will be placed firmly on the Red Sox to continue their incredible output in all other batting categories.

The Red Sox have the advantage in RBIs, driving in 396 runs through June compared to the Orioles 349, a statistic that shows just how heavily the Orioles rely on home runs for their run output.

The starkest contrast between the Orioles and Red Sox is their form on home field. The Orioles are 17 games above .500 at Camden Yards through the first three months of the season, while Boston is playing inconsistently at Fenway Park and are only 5 games above .500. That number needs to improve if the Red Sox intend on winning the division.

The Orioles, over the last few seasons, have dealt with their fair share of adversity and would like nothing more than to dispel all negative notions and enter the postseason as AL East champions. But rest assured, the Red Sox will do everything in their power to stop this from happening. A resurgent 2016 season so far, David Ortiz looks like he hasn’t aged a bit and is a man on a mission. For all of his success in Boston, this campaign is quickly becoming one of Ortiz’ best at the plate. Ortiz is also getting the support he needs, which is crucial for the Red Sox title-winning aspirations. The Red Sox, if Ortiz can maintain his torrid pace while continually receiving the support required from the rest of the crew, will win the AL East and make a deep run into October. Take the Red Sox to win the division, and do it soon so you get the best possible return.

The +150 odds are bound to decrease, especially considering how the Red Sox are coming together as a unified team. Bet on the Red Sox to win the AL pennant if you’re feeling very confident. At the moment they’re pegged at +600 to do so.

Have a look at who the Red Sox play next, scan their entire schedule, find out the best betting lines for every Boston game and heed some tips on how to make more money from your Red Sox bets.