Xander Bogaerts Learns It’s Tough Out There for a Winner 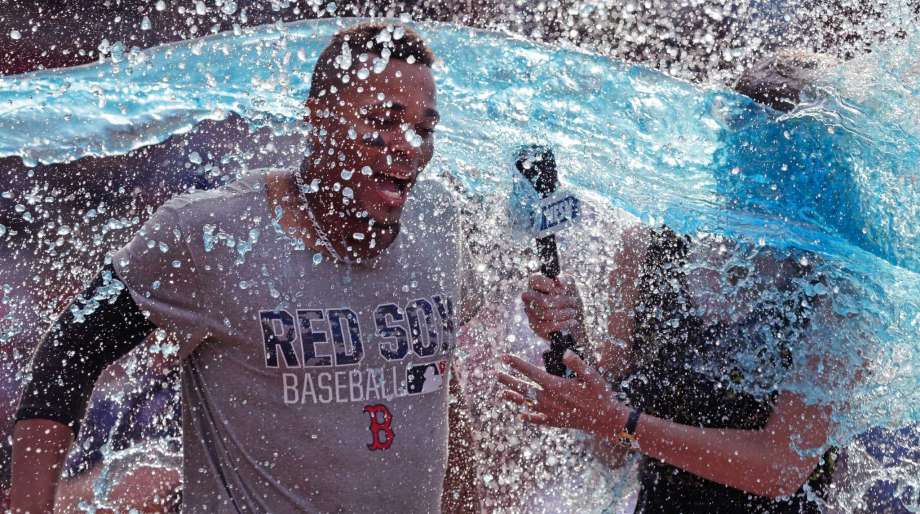 Poor Xander Bogaerts. The X Man was about the only living highlight from this shit-flat 4-6 homestand, and his tenth-inning single in today’s win helped the Sox retain a bit of pride as they headed out to Texas.

Unfortunately, as Xander learned, success comes not without a price. As soon as he completed his jaunt down to first, Xander was pelted with a cup of flour, apparently the new celebratory gesture for walk-offs. A few minutes later, having dusted himself off for a post-game interview, X was doused with a jug of Gatorade.

As you can see from the vines blow, Guerin Austin was once again an unfortunate casualty.

When Xander’s officially named the AL’s starting shortstop at the 2016 All-Star game, I’ll expect nothing less from his teammates than a full tar-and-feathering.

Previous post Hanley Ramirez Has a Message for his Critics 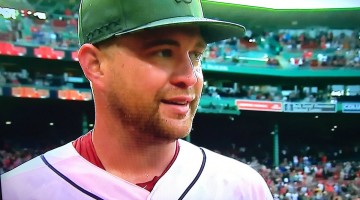