I Did It All for the Mookie

Mookie Betts Tells Yankees, “NO CLINCH FOR YOU!” 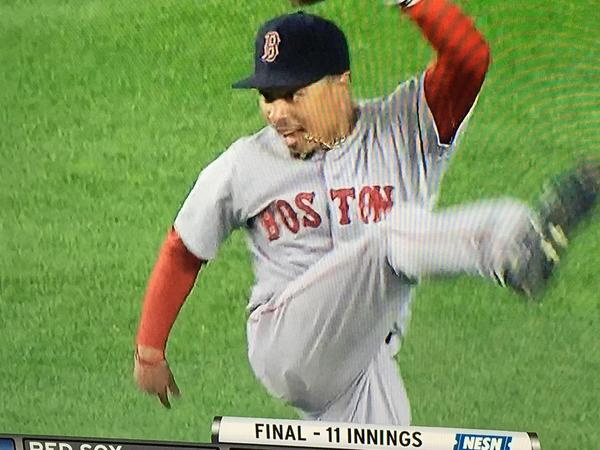 That was the first home run, off Dellin Betances, which tied the game up at 5-5, where it stayed until Mookie’s second home run of the night in the 11th.

Afterward, Mook chalked his success up to an act of kindness, explaining how the night before, he and Blake Swihart were walking through NYC with a pizza, and they decided to give it to a homeless man they saw.

I don’t understand it, either. But I know this: the Red Sox have won six games in a row and have pushed the Yankees’ wild card clinching celebration — and their 10,000th franchise victory — off for three nights now. With Magic Rich Hill going in the series finale, I’m thinking sweep.