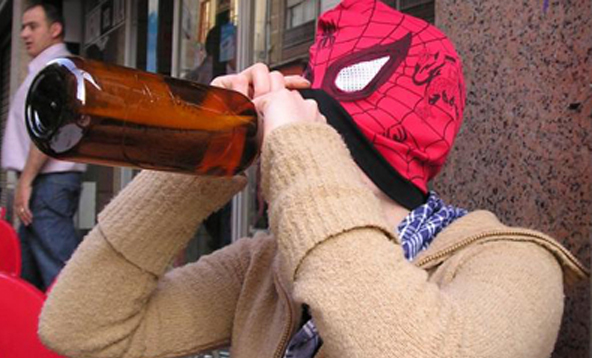 After pushing myself to the edge of delirium by staying up until roughly 4:00am to watch what was essentially 2 complete Red Sox-Angels games, I was — to put it mildly — a little let down when this marathon ended abruptly with an Albert Pujols walk-off homer.

I could rage on about why Farrell had the beleaguered Buchholz start the eighth with the Sox having just grabbed a one-run lead, only to see the guy surrender the tying run to a Mike Trout homer. Or how the Sox could muster only 6 hits through 19 innings (percentage points less than 3 hits a game, folks). Or how a sweet double steal by Pedey that set us up to take the lead was wasted. Or how I’ll spend all day Sunday relying on a caffeine IV to keep me awake.

Instead, I’ll focus on the positive: a shit-ton of Red Sox fans stayed up to cheer on their last-place team. If that doesn’t speak volumes — good or bad — I don’t know what does.

Also, we got some pretty cool vines out of the deal:

Next post What Can You Get For Under A Buck?

Previous post The Only Ice Bucket Challenge You Need