Red Sox and Rays, Round Two 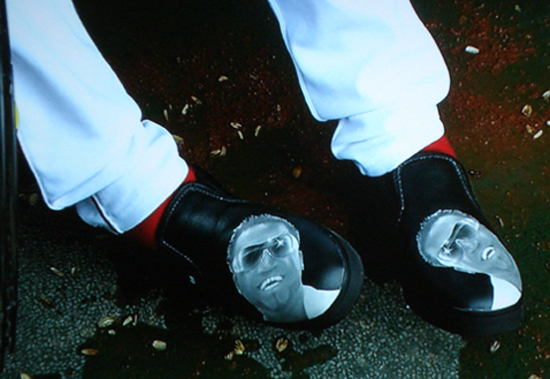 Last night’s antics will be pretty tough to beat. Especially since tonight we get Ruby De La Rosa, who came to Boston as part of 2012’s Grand Cleansing, versus Jake Odorizzi, who I know nothing about, other than that his last name is kinda funny.

But really, that’s just the undercard. In the main event, we’ve got David Ortiz, who last night literally declared war on David Price and the Rays (well, mostly Price, but I like to think he meant all of ’em) versus pesky Yunel Escobar, who will start shit with anyone so long as he’s got 15 teammates between him and his target.

At stake, of course, is our five game win streak, which has seen the Sox not only entirely rejuvenated and playing much like their 2013 selves but also moving up to a mere 6 games out of first. I don’t ask for much, but, man, do I want to see us sweep the Rays away and return their favor from last week at the Trop.

So what do you think is going down? A few Rays getting plunked? Ortiz and Gomes donning army helmets and charging the visitor’s dugout? Joe Maddon and John Farrell staging a winner-take-all shirtless chess match?

Whatever happens tonight, it can’t possibly end any weirder than this:

Next post Requiem for the Rays, Starring Jon Lester and the Legion of Super Rookies