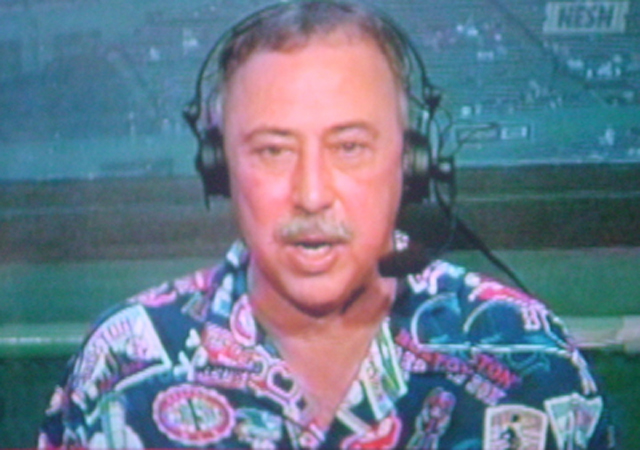 What happens when the business of baseball threatens to divide the bond that exists between two teammates who are also fictional roommates? That’s a question that two members of the 2013 Red Sox faced earlier this year. Now, through the miracle of WordPress, we present those final, tender moments in the series finale of “The Adventures of Ellsbury ‘n’ Elf.”

That’s all the boxes. You got anything else?

Naw, I think that’s everything.

What about any ? I mean ? I mean phone chargers? I always misremember those little guys.

It’s all packed up.

I, uh. I just wanna say goodbye to Dustin.

All well and good but make it snappy. We’re on a schedule.

Not me, man. I don’t speak Yankee Traitor.

Thought so. Neither do I.

Plus I’m too busy playin’ Battlefield 3 with my new bestie.

Battlefield 3? We… we never got a chance to play that one.

There’s a lot of things we’re never gonna do now. Like that balloon ride to Mars we’d been talking about. Or that five-way with Heidi, Hazel and Amy, the midget waitress from the diner. And you can say good-the-f#$k-bye to Spatula Night. Shit’s all changed.

You know, this wasn’t easy for me. I love this city. I love this team. And I love this apartment, despite your penchant for using my waffle iron naked. But all that money. I mean, this is the big score. This is what we play for.

We play for money, huh? I play for RINGS and HOOKERS and THE ROAR OF THE CROWD myself. How ’bout you, Jonny?

Word, word. ::high fives Dustin:: And I’ll take that f$%king balloon to Mars with you, man. I’d go to war with you.

That’s what I’m talking about. Now if you’ll excuse us, Yankee, my new best friend and I are gonna hit the local pub, knock back some limited run IPAs and chase skirt like it’s our job.

So that’s it? All those years as teammates count for nothing?

You tell me, Pinsacker. Everything this team, this city’s been through over the past year and you just jump into the arms of the enemy? It’s like when Richie Cunningham discovered his parents were still sexually active on that episode of “Happy Days.” There’s no goin’ back.

Well then, I guess this is goodbye.

–so I told Nap, “no one’s gonna want those nachos once they know what you seasoned them with!”

Hey, you hear that?

::holding boombox over his head, playing Hall and Oates’ “One on One”::

The song that was playing the night we signed the lease on that apartment? Damn straight I did.

F#$k, man, you better brace yourself, ’cause I’m sliding into home.

We’ll spare you the next twenty minutes of man-hugging. But suffice it to say, the roomies found their common ground, and agreed to remain in touch, even if just to exchange pumpkin pie recipes and discuss live FIFA World Cup betting. More importantly, they made a vow to stay pals, even on opposite sides of baseball’s greatest and most bitter rivalry.

I’m glad we worked this out. See you at Yankee Stadium in April!

Not if I see you first, bro.

::Pedroia waves as Ells hops into the moving van and drives off into the distance::

Timlin, you cut through the truck’s brake line?

Chewed right through it with my new metal teeth.

And you also added extra fluffy air bags to ensure that no one really gets hurt but a firm message is sent?

Well, that’s that. Now it looks like I’m gonna need a new roommate.

FOR CHRIST’S SAKE, STOP TWISTING MY ARM! I’ll take it.

Next post At What Price Victory? (or What Up with Koji?) 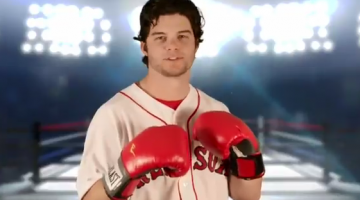 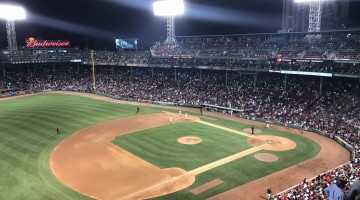