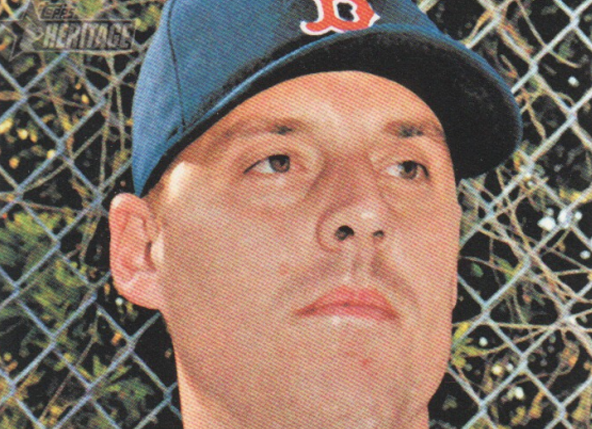 Guys, I’m glad you took the time to get together like this. I know it’s kinda impromptu, and you’ve all got families to get home to, so I appreciate your willingness to meet.

Right off the bat, I just want to let you know two things.

First, the buffet spread here tonight is on me. Now I know you’re used to cold cuts and sponge cake, so I hope you don’t mind that I set us up with a full roast beef carving station and lobster tails. Oh and that ain’t ginger ale or Bud Light in the coolers. That there’s a couple two million dollar bottles of Taste of Diamond champagne.

Second, the giant padlocks on the clubhouse doors may seem intimidating — Dustin, I heard you yelling, “Who the f$%k locked us in here?” a little earlier. But I want you to know that they’re timed to open up automatically in about 15 minutes. I mean, I know nobody wants to sleep here tonight. Just like I’m sure nobody wants me to accidentally drop this live grenade I’ve been holding for a couple hours. It’s really just my own goofy way of tellin’ you guys how much I respect you.

Anyway, the point of this meeting was to set the record straight. Now you boys know I had me a rough spot since coming to Boston. Got paid a lot of money — money I don’t mind sharin’ with my teammates, mind you — and then I got injured somethin’ fierce. Then there was that whole Tommy John surgery thing and, of course, the chicken and beer stories.

Now those are things that might break the common man down. But it didn’t faze me, even after they piled it on by shipping my BFF Josh Beckett out of town. IN FACT, IT MADE ME STRONGER AND MORE RESILIENT. Which I no doubt got from my great-grandfather, Clem. The man came to this country with nothing and when the bank wouldn’t loan him the money to start his own bakery, he opened a small donut shop INSIDE HIS OWN ASS. Yes, it meant horrible and mostly unsanitary working conditions for his employees and customers, but the point is he didn’t let anything stand in his way.

That’s how I feel. I came into this year with one objective: to make the world eat crow. Not that we have to worry about eatin’ crow in this clubhouse. Hell, we’ll be dinin’ on prime rib just as soon as I finish this little talk and untie y’alls.

You probably already know this, but I’ve got the team’s second-best ERA and WHIP and I’ve pitched more innings than just about every other starter. Salty, if you didn’t have that ballgag in yer mouth, you could probably tell the room that I’ve only given up twelve earned runs over my last thirty-four and two-thirds innings. Now those are the numbers of a winner.

Course, my 8-11 record sure doesn’t make me look like a winner. Hell, it makes me look like chump. And even if I’m clad head-to-toe in bomb-resistent kevlar and would likely be the only one walkin’ outta this clubhouse if this here grenade got loose, I feel like kind of a loser.

That’s where you guys come in. At least those of you who have woken up from the chloroform and can actually hear me talkin’. See, I did a little mathematics and realized that I get the lowest amount of run support among all other pitchers on this team. To be precise, if I’m using this calculator correctly, you guys score about 3.98 runs per game when I start, but get 5.67 runs when our buddy Lester starts. Christ, Dempster gets 6.32 runs per game and he ain’t even American.

Anyway, all I’m hopin’ is that we can get some kind of arrangement going. I don’t want to end this season with a losing record to show for all my hard work. So maybe you guys could try a little bit harder next time I’m out there. Y’know, maybe ease up on the booze the night before. If I get the win, I promise it’ll be vodka and hookers all night. Just get the runs and leave everything up to me. or, to be more precise, my hands. Or, to be even more precise, the hand that is now holding the live grenade that is causing you to contemplate your own mortality.

But enough doom and gloom. Let’s get you guys outta those shackles and kick it up a notch. I flew in Zac Brown to play some tunes for us, and wait ’till you see the Jell-O cake. It’s shaped like letters that spell out the words “I KNOW WHERE YOU LIVE” but it tastes like you died and went to strawberry-banana heaven.