Every Win is a Must Win 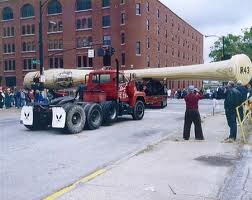 The Red Sox need to continue the onslaught they started last night against Baltimore. Too many times this year, they have shot their load one night only to come up empty the next. Most recently, they beat the Giants 12-1 only to be shut out the next game 2-0. The losing pitcher that night was John Lackey. The Sox have been shut out a mind-boggling five times this season when the Lackster has started. The Red Sox put up 13 last night, and guess who is on the mound tonight?

This team owes Lackey some wins, so they better rest up, have an extra protein shake, exfoliate, whatever it takes to keep the big bats swinging. Not only that, but this is a chance to bury the O’s and essentially make it a two-team race in the East. Everybody loves a little drama, but not too much drama.

And how about those Rays? Hellickson was optioned and that jaunty-cap-wearing punk Rodney blew his eighth save. What will Joe Maddon bring into the clubhouse to fix this?