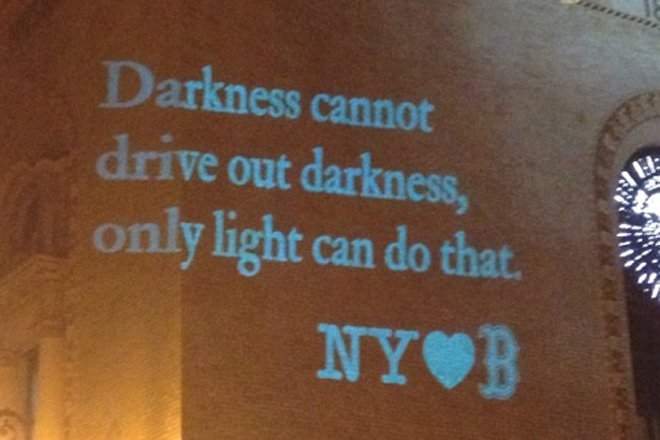 Two things helped pull me out of spiraling, the-world-is-going-to-hell depression. One was the inspiring support shown to our city by other MLB teams and their fans. The other was this clip from Patton Oswalt.

Apparently, for his upcoming guest turn on Parks and Recreation, Oswalt was asked to do an improvised take which would then be whittled down to a couple minutes. The resulting bit, a f#$king epic eight minute monologue in which he explains his idea for the next Star Wars movie that crosses over into the Marvel Comics universe, made me laugh for the first time in days. For that, I am thankful.

Oh, and that four game win streak wasn’t shabby either. Do we dare dream five? With Alfredo Aceves on the hill? I say… yes.