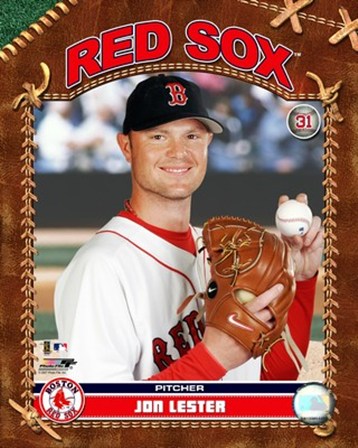 Tonight, the Red Sox go for their sixth straight win. Who better to get them there than Jon Lester? Jonny K is 2-0 with a razor-thin 1.42 ERA and eighteen strikeouts in nineteen innings. He brings that badassery, along with a broom, to the mound in Cleveland tonight.

And as Boston struggles to heal from Monday’s cowardly attacks, the Red Sox have used the experience to become a  more closely-knit club. They may not be “the idiots” of 2004, but they are a very likable bunch of guys.

A close group to begin with, the Red Sox (10-4) have become even tighter since the bombings at the Boston Marathon. After they arrived Monday from Boston, just hours after the explosions near the marathon finish line, manager John Farrell said 22 players went out to an impromptu dinner together in downtown Cleveland.

“I don’t want to downplay the events that we just left in Boston, but I think what we’ve quickly come to see is a group that likes to be around one another,” Farrell said. “Those are encouraging signs.”

The team is also trying to be a source of healing, and in a display of unity has hung a jersey that reads “617 Boston Strong” – featuring the city’s area code – in the dugout.

And one more thing, the Pedro/Jordan’s Furniture commercials are getting annoying, and as Red noted, a little creepy.