Red Sox Could Still Win It All: A Totally Sober Guy Explains 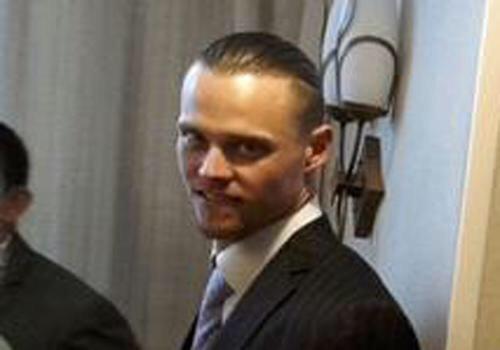 There is no place that hope springs eternal with greater fervor or frequency than the mind of a Red Sox fan. Case in point: After watching them lose seven in a row and receive last rites, I took the recent series wins against Tampa Bay and Kansas City as a sign that these guys may not yet have played their best baseball. In fact, now that we’ve taken the first two in this series against Toronto and reduced our distance from the top of the AL east to a paltry 6 games, I’m ready to commit to a 2015 World Series Champs tattoo.

And I haven’t had a drink in at least 10 hours.

Never mind that their pitching (at least guys not named Buchholz or Rodriguez) is ass on fire. Never mind that nobody in the starting line-up is currently hitting over .300. Look beyond the fact that they have yet to string together four consecutive wins at any time this season.

Something suddenly seems different about this team. They seem energized. Exciting. Enthusiastic about playing for something other than getting laughed out of the park every night. Maybe it’s the fact that last year lowered my expectations to the point that Sandoval not sprouting wings mid-game and flying over the city defecating on everything below him is akin to victory in my eyes, but the Red Sox suddenly look like a group of guys who give a damn about winning.

My question is, what’s brought all this on? Why do they suddenly look like world beaters in my often alcohol-saturated eyes? Honestly, I have no idea. But this is what I think they have to do to keep it up:

Play De Aza. Since he arrived at our doorstep — and rather unceremoniously at that — De Aza has shown himself to be a more viable outfield option than Hanley Ramirez. He gets hits, he knocks the occasional long ball, and he looks far less like a drunk guy scrambling for a urinal than HanRam does in left field. Can he keep it up? I have no bloody idea. But when you have the chance to play a guy named “Alejandro” every day, god damn it, you play him.

Get Hanley out of left: If we’re serious about winning (and we are), we can’t have every pop fly to left field be a potential inside the park home run. Hanley could find a new home at first if we…

Trade Napoli: Look, I love the guy and his shirtless romp down Boylston after the 2013 World Series parade is my generation’s version of Paul Revere’s ride. But he’s become a black hole at the plate and might be more valuable to a team willing to bet on his bat down the stretch. A team that isn’t us.

Never trade Bogaerts: All Xander does is get on base, spark rallies, turn eye-catching plays and get better with every game. The last time we traded a rising star shortstop, we got Jake Peavy. Do we really want to go down that road again? (That said, I love Jake Peavy and would do anything short of co-sign an auto loan for the man to prove it.)

Hypnotize Rick Porcello into thinking he’s still pitching for Detroit: As I have documented many times in this sad-ass blog, Rick Porcello hates us. But if he could somehow be tricked into thinking he’s still with Detroit, we might see him step up his game. If not, might be time to send him on one of those rides upstate with Mike Timlin. You know what kind of ride I’m talking about, and if not, please re-watch that Sopranos episode where they off Adriana.

Lower the price of beer at Fenway: If anyone from Red Sox ownership has read this far, we might as well get something for our troubles.

Previous post In Baseball and Soccer, John Henry Stands by His Man