The Red Sox, Rosencrantz & Guildenstern Are Dead. But Still Fun to Watch. 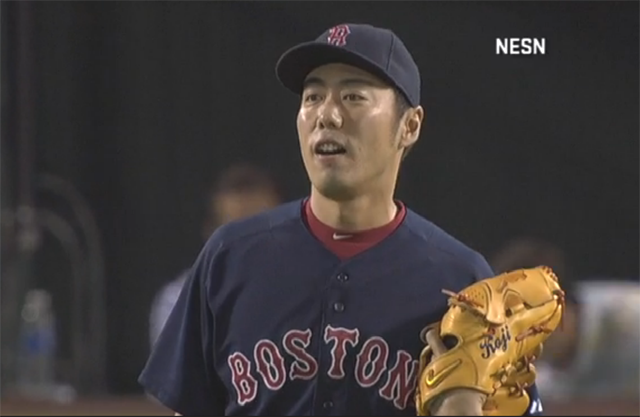 But I will say this: for a team with the third worst record in the American League, they can still surprise you by dropping a few exciting games into the mix.

Case in point: last night, all of the elements for a Red Sox loss were in place. We were playing an Angels team that’s right in the thick of a pennant race and featuring one of baseball’s hottest hitters in Mike Trout. We’d just come off a depressing series loss to the Cardinals. And to top it off, Allen Webster, whose last outing against the Yankees earned him lifetime membership in The Gang That Couldn’t Shoot Straight, was on the hill. If you decided to call it an early night, no one could have blamed you.

But then the Sox went and turned in one of their more impressive wins in a season that’s had very few of them. Webster held the Angels to 4 hits and 2 runs through 6.2 innings, Trout went hitless against us, Holt and Pedroia went 4-for-9 at the top of the order, and Mike Napoli went yard to keep us on top. And even though Koji had one of his rare tough outings in the ninth, the day was saved by this highlight-rel catch by JBJ:

Look, all we can do at this point is play spoiler. If the Sox can get even remotely close to “hot” as we roll through September, and become that team that nobody fighting for the postseason wants to have to face down the stretch, I’ll be a happy guy.

Next post The Only Ice Bucket Challenge You Need