How do you put the exclamation point on winning a series against the hottest team in the National League and the team you’re the odds-on favorite to meet in the World Series?

If you’re Mike Napoli, whose beard is hand-crafted from the finest children’s nightmares, you blast a two run homer, then step back into the dugout with your fists raised up in the air and screaming something incomprehensible to your fired-up teammates:

Naps was so crazy, in fact, it inspired Shane Victorino to take his own “homicidal grin” up a few notches: 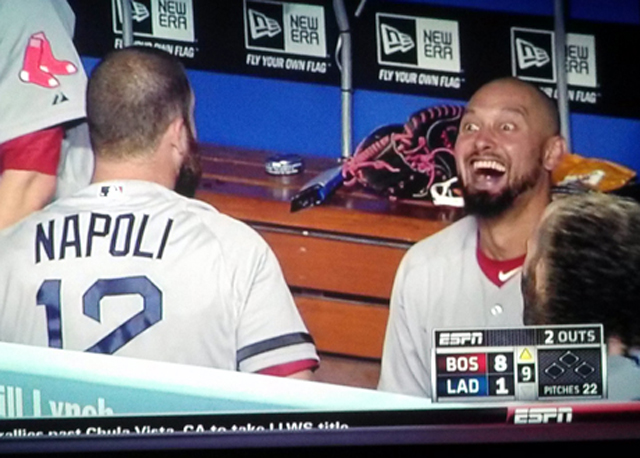 For all the heroics of the offense, however, the star of this gave was Jake Peavy, who went the full nine while limiting one of the best line-ups in baseball to just three hits. The man’s ESPN photo was all kinds of creepy. But his pitching game was unstoppably awesome. 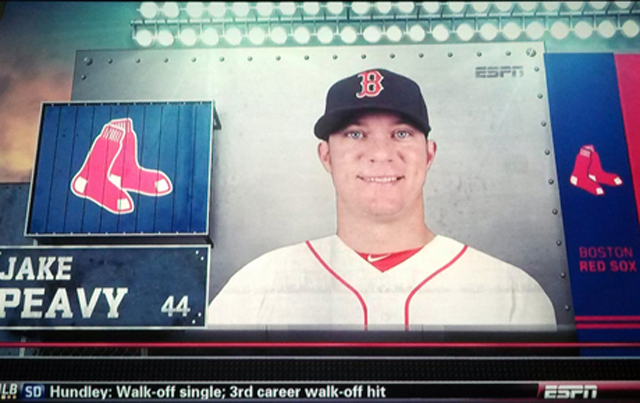 Going into last weekend’s series with the Dodgers, I only had two hopes: that we came out of LA with our pride intact, and that neither A-Gon or Carl Crawford got the better of us. The result was better than I expected. The Sox took the series, and could have swept all three with a couple timely hits on Friday. And although Gonzalez took Peavy yard, it was good to see Crawford returned to his natural order in the food chain–going 1-for-4 with two strikeouts.

In an August that has run mercurial at best, seeing the Sox steamroll the Dodgers got me all keyed up for the post-season. Bring on the World Series, I say. Bring it on.