The Magic of Morales 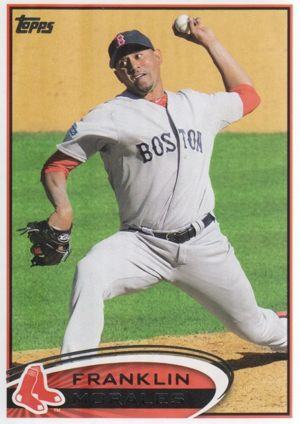 Tonight, the Reverberations of Clay Buchholz’s Injury continue to be felt, as Franklin Morales gets the start against the Phillies.

Of course, we’ve got nothing against Morales. Seems like a pretty nice bloke and he’s done around 100 innings of not entirely awful work for us over the last two seasons. But if I want the Sox to salvage a split of this Phillies series, I’m feeling better with Buchholz on the mound.

On the other hand, Philadelphia is still a sub-.500 team. I don’t care if we’re facing Jonathan “Wonder Rookie” Pettibone and his 3-0, 3.21 ERA cred. We need a win tonight to ensure a winning May (or a 15-15 May, depending on how we do tomorrow night in New York).

And that’s the thing. I’d rather not head into New York to play our most likely challenger for the division crown having gotten our tits punched off by a team with a losing record. I don’t care if it’s the Phillies, when a good team is down and not playing up to potential, you gotta steal their lunch money. Gotta do it.

So here’s hoping the Sox can give Pettibone a proper rookie hazing, and that all the loot I’ve laid down on Morales doesn’t turn out to be a GOB Bluth-sized mistake.

Previous post I May Need a Few Minutes Alone, Folks