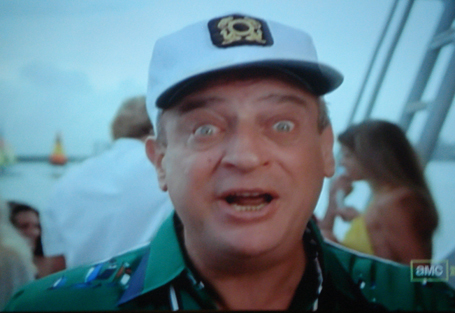 Remember how back in the day whenever Pedro was pitching you dropped everything you were doing and got your ass to the nearest TV, radio, sports bar or hooker with the ability to beam live TV out of her backside?

That’s how I’m feeling with every Clay Buchholz start this season.

Not just because he flirted with another no-hitter a few weeks back or that his ERA is a microscopic 0.90 or that his model wife usually parks her premium derriere a few rows up from home plate for each of his starts.

It’s because the guy looks so dialed in, so top-of-his-game that it’s almost Pedro-esque in its effortlessness. And I know I just invented the term Pedro-esque because that’s what we do here at Surviving Grady HQ. Bring new stuff to you, the valued reader.

Tonight, he has the chance to up his record to 5-0. And the Sox have the chance to keep pace with the pesky Rangers for the best record in the League.

Previous post Sox Win, Then Some Poor Bastard Has to Tell Aceves He's Been Demoted