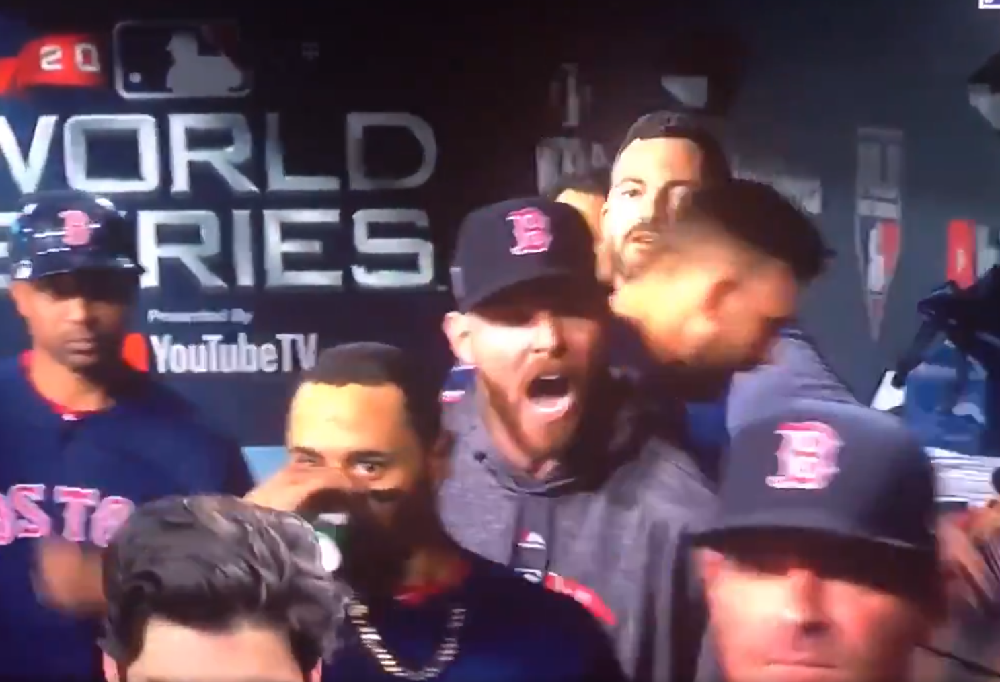 Despite the fact that I’m known to engage in hyperbole and copious amounts of alcohol, I can tell you with a straight face that last night, after I transferred a 12-pack of Pabst Blue Ribbon to my stomach for safety purposes, I was visited by Future Chris Sale. That’s Chris Sale from the motherflippin’ future to those who might not understand.

He didn’t have a souped-up DeLorean or any kind of fancy time-machine. He just showed up out of thin air, polished off the last of my beer, and told me he was Chris Sale from the year 2026 and that I need to sit my ass down and listen to something important.

And that something important was that we, members of Red Sox nation, need to chill the fuck out.

“We have the third best record in the AL,” he yelled, smashing a few of my best drinking glasses for dramatic effect. “I haven’t even thrown a god damn pitch in a big-league game and you’re gonna give up on our season? You’re ready to throw in the towel because we didn’t sign freakin Anthony Rizzo? This shit has to stop.”

I tried to explain to Future Chris Sale that I was so die-hard for the 2021 team I’d run balls-first into the sun for them, but there was little point. He was from the future and he was on a roll, trashing my place, praising our line-up, and reinforcing the idea that the 2021 Red Sox are, in fact, a great force to be reckoned with.

Of course, seeing as how was from 2026, I had to ask him how this season would end. He just kicked me square in the onions and yelled, “HOW DO YOU THINK IT ENDS?” The pain was blinding but I had to respect him. Because he was right. I didn’t need to know whether or not all my cheering and drinking and slamming my head into walls for the 2021 Red Sox would result in a trophy. Because it didn’t matter. I’d be here regardless, supporting the lads every step of the way.

So with that, Future Chris Sale packed up a few of my things and was on his way. But I couldn’t resist asking, in light of the pandemic, civil unrest, political BS and general dark mood the last couple years have brought, if things were any better for humankind in 2026. He just sighed, looked wistfully out my window, took a swig from my last whiskey bottle and said, “No, they’re not. And it’s all James Corden’s fault.”

And with that, he was gone.

Next post Red Makes a Promise to Red Sox Nation