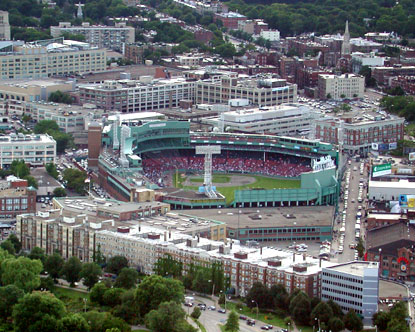 October 29th at Dodger Stadium saw the Boston Red Sox fulfill their destiny as the best team in the MLB to win the World Series. For the second year running, the Los Angeles Dodgers missed out in the final stage of the postseason. The championship win marked the perfect finish to an already historic season, bringing the Commissioner’s Trophy back to Boston for the fourth time since the turn of the millennium.

But, the Boston Red Sox aren’t the only Massachusetts major league sports team that’s poised to make some noise this season. The question is: can the Boston Celtics or New England Patriots achieve something similar to that of the Red Sox?

Red Sox made history
The 2018 Boston Red Sox etched themselves into the history books of Massachusetts by posting the historic franchise’s best record. Their 106th win set a new record for the Red Sox franchise, while two more wins extended that record to a mighty 108 wins in the regular season.

After their World Series win, star man J.D. Martinez made league history with his Silver Slugger wins. Martinez became the first player to ever win the Silver Slugger award at two different positions in the same season. His 93 games as the designated hitter and 57 games in the outfield convinced the voters of his value in both roles, thus worthy of winning the award twice.

Patriots have an uphill battle
Regardless of the names filling in 95 percent of the depth chart, as long as Tom Brady is under center and Bill Belichick is along the sideline, the New England Patriots will be considered among the favorites to win the Super Bowl. They’ve made it to the final game of the postseason four times in the last seven years winning it twice.

This season, behemoth contenders have emerged in the NFC, with the New Orleans Saints going 7-1-0 and the Los Angeles Rams going 8-1-0. Now, at 7-2-0, the Patriots were still among the favorites in the bet365 NFL odds at +500, on par with the +500 Saints and behind the +350 Rams. Another Patriots Super Bowl win would not be surprising given their recent success, but it could see a league-changing moment if Brady uses it as his podium to retire on a high.

Celtics could kill a giant
The Boston Celtics have had some hefty expectations thrust upon them this season, but the source of the expectations is more from hopeful basketball fans than the fully legitimate desires of the fan base. For the last four years, the Golden State Warriors and Cleveland Browns have had a stranglehold on their respective divisions. But now, there’s a sense of hope that without LeBron James in the Eastern Conference anymore, another team can try to topple the Warriors.

While the Boston Celtics have had a tricky start to the season and need to develop some fluidity in their offense, the team looks ripe and ready to go deep into the playoffs. Their biggest competition is in their division, with the Toronto Raptors and Philadelphia 76ers budding into potential championship contenders. Toppling the dynastic Warriors would be a tremendous achievement that could very well rival the achievements of the 2018 Red Sox in the eyes of some fans.

With the Celtics as long shots to topple the dominant Warriors and the Patriots still expected to contend for the Super Bowl, the Red Sox can rest assured that their achievements this season will likely stand as the greatest in Massachusetts at least until 2019/20.