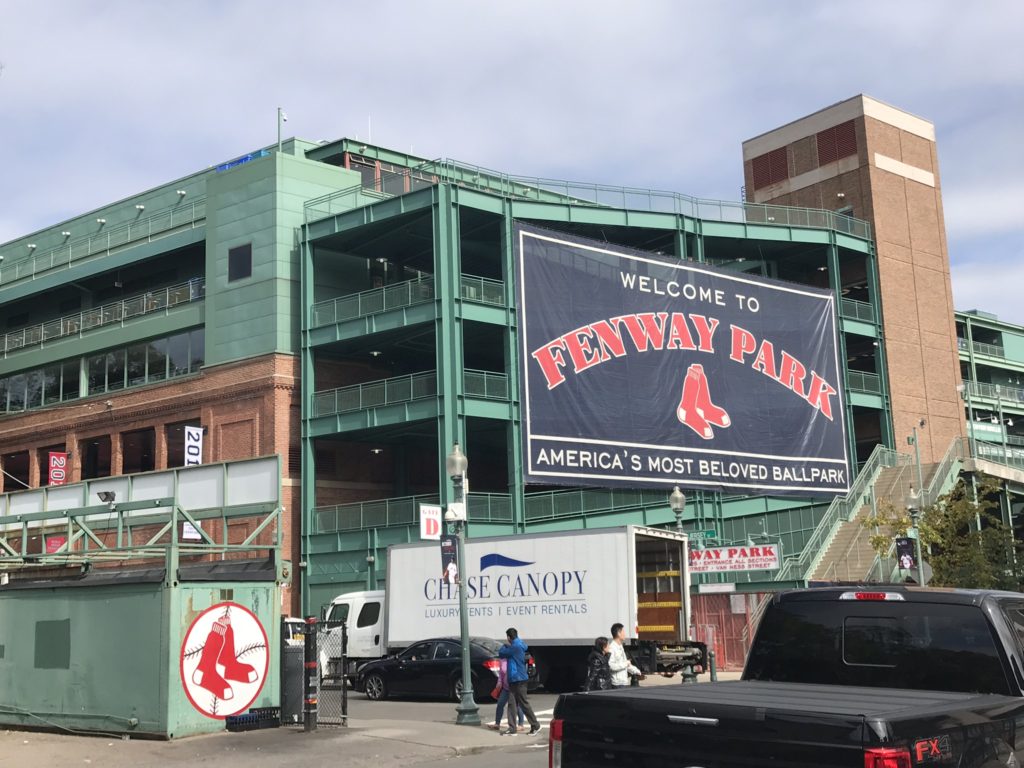 Alright, I’ll admit that I bought into the David Price, Game Two Starter hype. Figured the guy’s gotta be looking to make a statement, to finally shake that “can’t do shit in the playoffs” monkey off his back. Assumed that like John Lackey in 2013, he’d want to prove to at least himself that in addition to stuffing his mattresses with Red Sox money, he can also be a dominant difference-maker in the postseason.

The playoffs aren’t over. And there may yet be chances for Price to make good on his one-time promise that he was “saving all [his] postseason wins for Boston.” But what we saw last night was dispiriting to say the least. In just 1 and 2/3 innings, he gave up two monstrous home runs to Judge and “mighty” Gary Sanchez, and three earned runs in total. He left to a chorus of boos and tweets that ranged from suggesting he donate the remainder of his contract earnings to the Jimmy Fund (that was me) or just hop on a horse and disappear into the sunset.

It doesn’t help that the Red Sox bats were mostly non-existent last night. Mookie Betts, the man we depend on to stir the drink and make things happen, is 1-for-7 in the ALDS. Under him, Number Two Benintendi is 0-for-6. Sandy Leon, God love him, is a defensive gem but an automatic out in the line-up. Nunez… don’t get me started on Nunez.

So now the Sox are heading to the Bronx for two games. And the first team to win two games advances to the ALCS.

Is it over? Far from it. I don’t expect the Sox to drop three straight games, so I envision this thing going five and coming back to Fenway. But I drink a lot.

That said, Alex Cora needs to shake things up. If Steve Pearce is one of our most potent bats against the Yankees, get him in there. Brock Holt riding the pine after a hot September at the plate is inexcusable after last night’s offensive output, so get him in there. Nunez is the better defensive player, but he’s given us 0-for-7 at the plate thus far against a team that can score runs by the truckload; dust off Devers and get him in there.

As for the pitching, I take last night’s Joe Kelly performance as a positive sign. And what we saw from Ryan Braiser is exactly the sort of fire and brimstone we need when facing the Yankees in the playoffs. And, yes, I’m talking about his exchange with Gary Sanchez when he told him to “get the fuck in the box” after GS stepped out a few too many times. After barking, Braiser backed up his words with an epic K:

This strikeout stands taller when you consider that Sanchez was the difference-maker last night, going yard twice and knocking in four runs. That Braiser handled him so efficiently should not be lost on Cora. Hell, HIS STRIKEOUT EVEN INSPIRED AN INSTANT KAY HANLEY SONG:

I can’t sit here and tell you the impossible isn’t possible. And while I may not be ready to bet my life savings on the Sox at some of the most reputable casinos that have launched recently in the UK, I can say that I won’t count them out. Not yet. And crazy as it may sound, let’s not discount the possibility of Price coming out of the bullpen in game five at Fenway to help seal the deal.

Actually, I like the sound of that. Sox in five.

Next post Don't Fear the Reaper, the Yankees or Game Three