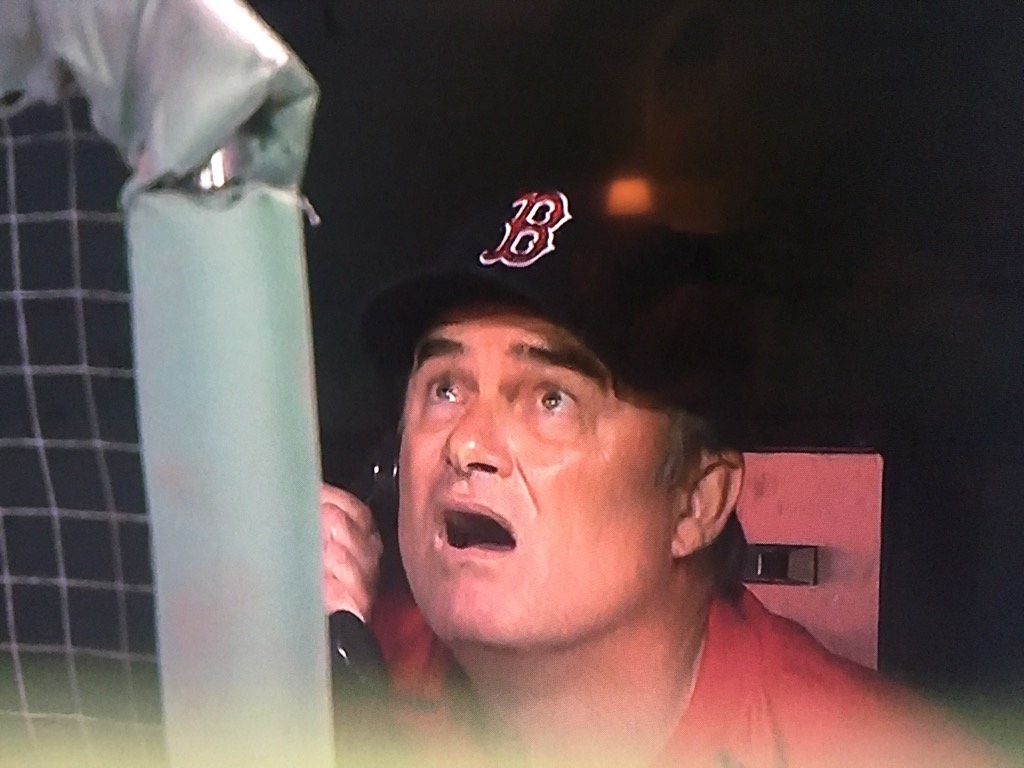 Obviously that headline’s an exaggeration, but it sure seems like players are dropping like flies from a zapper lamp. Last night we learned that Tazawa and Kimbrel may both be unavailable for the near future, as Kimbrel hurt his knee prior to last night’s game (MRI pending) and Taz is experiencing shoulder stiffness.

And then Brock Holt did this to his ankle:

Looks ugly, but turns out to be nothing more than a sprain. But it still means we’re losing Brock Holt for a spell after just getting him back.

Much uglier was the ninth inning home run given up by Koji to make it one-run game. The Red Sox held on to win, but the scare was a solid reminder that despite occasional flashes of brilliance, Koji’s closer days are behind him.

On the positive side, we’ve got some fresh faces to help plug holes. Aaron Hill, newly acquired from the Brewers, had a nice 2-4 introduction to the hometown crowd last night. The Sox also picked up infielder Michael Martinez from the Indians and Arizona closer Brad Ziegler. Also, Bryce Brentz, who came into the game after Holt’s injury, went 2-for-4.

Among the highlights, besides John Farrell’s face in the photo above, which was captured as Sean O’Sullivan gave up a massive drive that went foul:

Another acrobatic catch from JBJ…