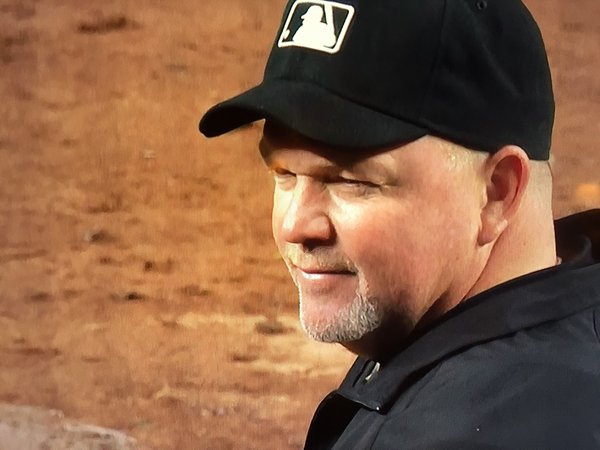 In baseball, there is nothing more infuriating than an umpire’s shitty call costing your team the game. If the Red Sox have to take a loss because Brock Holt whiffs with the bases loaded or Clay Buchholz can’t keep opposing batters down, I can deal with it. That’s just how it goes. But when a game is lost because an umpire sees something in complete contrast to how the rest of the world views it, well I’ve got a big fucking problem with that.

And I’ve got a big problem with those last two strikes Ron Kulpa called on David Ortiz in the ninth inning of tonight’s loss to the Yankees. Actually, I’ve got a problem with a lot of the strike calls he made tonight. But the Ortiz calls were the most egregious *and* literally pulled a possible win from our hands.

On the grand scale of ump fuck-ups, this wasn’t quite worthy of Tim Tschida and the “phantom tag” or Terry Cooney tossing Roger Clemens out of the 1990 ALCS. But it was another example of an umpire thinking himself bigger than the game and letting personal feeling impact his call.

In the ninth inning, down by a run, the Sox carved together a bit of a rally, leveraging a poorly-handled pop fly and infield hit to load the bases. With one out, Ortiz stepped to the plate and the Yankees, it seemed, were on the verge of seeing their snakebit season get a little more snakebit.

But then Ron Kulpa happened. With the count 3-1, the blind oaf transformed a low and away, poorly framed pitch into strike 2, infuriating Ortiz to the point that John Farrell had to get himself ejected to spare his monster DH. How bad was the pitch? This bad:

After Ortiz dared contest Kulpa’s sanity, you knew the bald bastard was gonna call anything within 50 feet of the plate a strike on the next pitch. And he did–a pitch that was arguably worse than the one that preceded it. Ortiz lost his shit, hopefully scared a few years off Kulpa’s life, then got ejected.

Bottom line: Ortiz should have walked, bringing in the tying run and making it a new ballgame. Hell, with bases loaded and one out, there’s a good chance Hanley Ramirez knocks in the go ahead run. But in the aftermath of the Ortiz Fiasco, I’m sure Hanley figured Kulpa was looking to knock the Red Sox out of this one by any means necessary. He looked pretty uncomfortable up there striking out to end the game.

If anything, this is a good argument for giving teams the right to argue balls and strikes. Yes, it’s considered the most sacred domain of the umpires. But it’s also the task they seem to attack with wildly varying degrees of consistency. What would it hurt to give each team the right to contest one ball or strike call per game? Let the other umps view the tape in connection with a strike zone overlay. Or just leave the entire job to robots. At least those motherfuckers don’t make a call based on whether a batter showed him up.

In the meantime, I wish Kulpa nothing but the cheapest cigars, dogshit-seeking shoes and Hostess cupcakes that only come in that orange flavor. On a night the Red Sox could have been celebrating an early season burial of their hated rivals, they had their pockets picked on live TV. 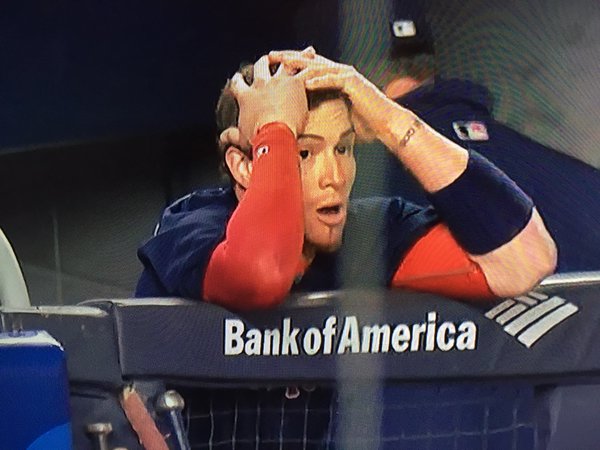 Next post Kulpa is Not the Red Sox' Biggest Problem!