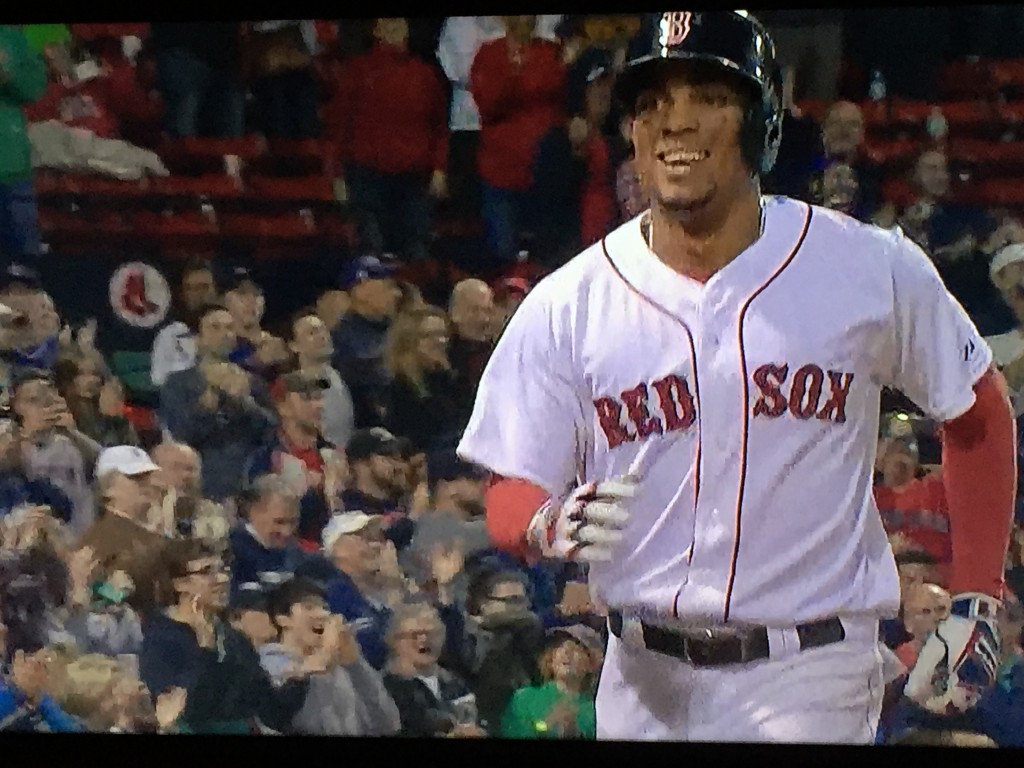 Last night, after Alexi Ogando and the Bullpen Kids pissed away another lead — which has become their calling card this season — you would have been forgiven if you decided to hit the sack.

But you would have missed another highlight reel moment for young Xander Bogaerts, as the kid came up big again, hitting his first grand slam in the eighth to push the Red Sox ahead of the Rays for the night. And in the standings.

X was even getting stuff done with his glove:

So who can blame him for being happy.

Folks, I’ve written about Xander so much this season, I’ve essentially become his publicist. But in a season which has given us very little to shout about, his story–and his bounce-back from a dismal 2014–is one of the brightest-shining jewels.

Man, am I looking forward to watching this kid grow up in a Red Sox uniform.