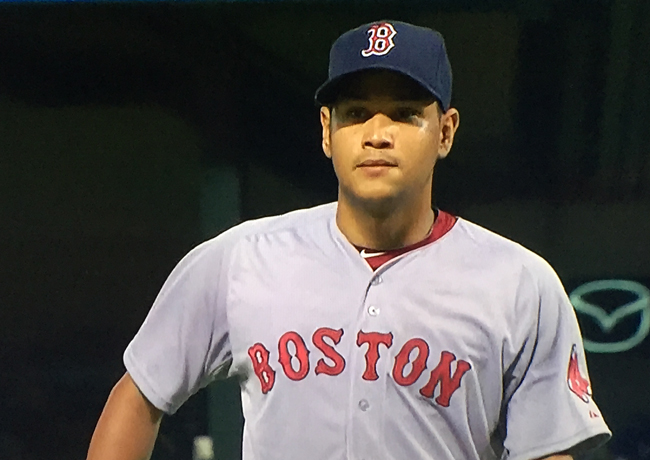 Okay, maybe the headline’s a little over the top. But in a season that has already stepped on my nuts and brought disappointments both expected (Justin Masterson performing very Justin Mastersonly) and unexpected (the absolute lack of offense and Ortiz’s spring swoon), Eduardo Rodriguez’s big league debut last night stands tall.

This wasn’t just a good start by Red Sox starter standards (which, admittedly, are basement-level low), it was a one of the most impressive first starts by a rookie in MLB history. For 7 and 2/3 innings, he kept the Rangers off the board, striking out seven and giving up only three hits. And this wasn’t amateur night, either; the Rangers come fully stacked with the likes of Adrian Beltre, Prince Fielder and Josh Hamilton.

Best of all, the kid looked calm and collected through the entire affair; not a trace of that Allen Webster, 9-year-old-in-the-dentist-waiting-room look about him. And he did it on the road, on unfriendly turf, which always seems just a little bit tougher.

Rodriguez may never throw another game like that. I’ve seen more Red Sox rookies go from phenom to flash in the pan than I care to remember. But for a few hours last night, watching a Red Sox pitcher pulling the other team’s strings was as exciting as it used to be when the likes of Jon Lester and Pedro and Roger were on the hill. And in a season short on rewards, I appreciated it.