A Red Sox win, against the Yankees, with a bunch of the new guys doing good things, was exactly what I needed last night. 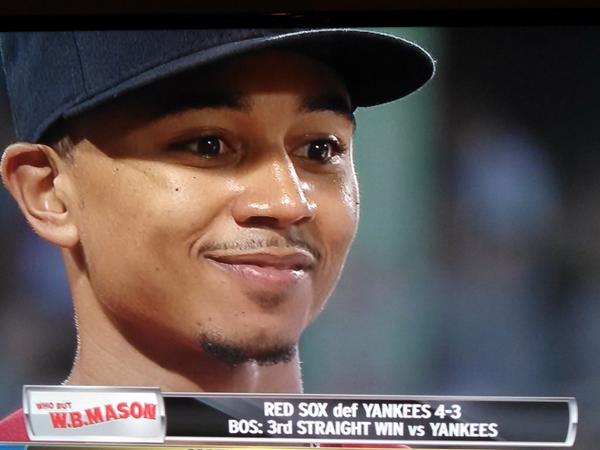 I spent the better part of yesterday pouring over images of Jon Lester and Jonny Gomes as A’s, Jon Lackey in his Cardinals gear, and Andrew Miller having a catch with some Orioles. I’ll admit, I was in a dark place, clinging tenaciously to my 2013 memories as the players who made it all possible slipped from our fingers.

Then I parked my ass at the bar for last night’s Red Sox game, not sure what I’d be seeing. And I was pleasantly surprised as Anthony Ranaudo kept the Yankees in check for six innings, Xander and Middlebrooks were reunited on the left side of the infield, the Sox actually got hits with RISP and Mookie Betts made an absolutely stellar snare of a long fly ball to rob Ellsbury of extra bases.

In other words, it was a nice, cleanly-executed win at a time when I needed some good — any kind of good — to come from the Red Sox. And I’ll admit that after seeing Xander back in his happy place and grabassing with Middlebrooks, the sheer joy on Mookie’s face as he was being interviewed after the game, Ranaudo’s parents in the stands cheering on their son, and Allen Craig getting a hit in his first game as a Red Sox… I came around. Players come and go, but the team stays with you. And I’m pretty excited for what the future holds for the Boston Red Sox.

Oh, and the looming presence of Yoenis Cespedes in the dugout was a welcome sight. 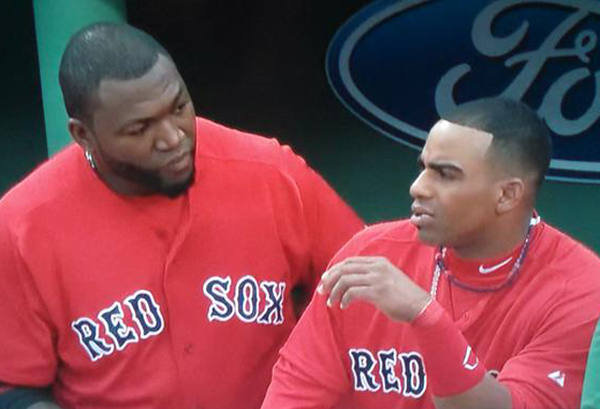 The depth of my Red Sox obsession dictates that after a win like last night, I snap back to life and start thinkin’ playoffs. Like this:

So… let’s grab a beer and talk about how the Red Sox aren’t mathematically eliminated yet.