Jon Lester Looks Thrilled to be Joining a Pennant Race 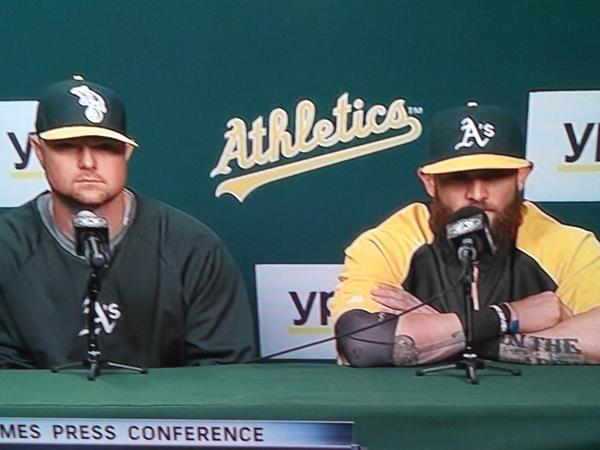 Alright, I know Jon Lester was hardly Mr. Lightside in Boston. Sure, we saw him cut loose a few times. But for the most part, he remained silent, stoic and extremely good at his job.

But as I’m watching the presser announcing his and Gomes’ signing to the A’s, he looks positively lost. Like “wish I could just fade into a fine mist” lost. And he doesn’t even seem to care about hiding it.

Honestly, the only time I noticed his voice perk up a bit was when he talked about his time in Boston and how much it meant to him. He then added, “we’ll see where that relationship goes,” which seemed an awful lot like foreshadowing to conspiracy theorists who believe Lester is planning to come back to Boston — of which I am a card-carrying member.

Lester starts today for the A’s. In the meantime, I only hope he can keep his excitement in check. 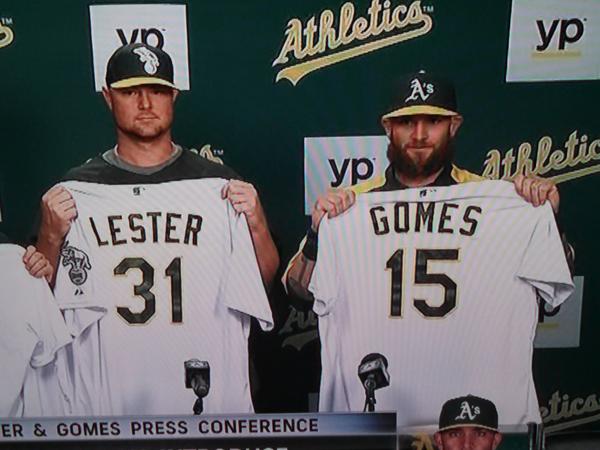 @SurvivingGrady this looks like a Proof of Life hostage photo