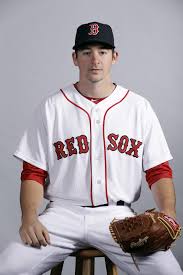 Friday’s win was a great story. Rookie pitcher gets win, new look Red Sox 1-0, there were a million ways to spin it. Last night quickly brought the ship back to Earth, courtesy of Allen Webster. Stake the guy to a three-run lead and he blows up and blows the lead. Cespedes gets his first big shot and does nothing with it. They get the tying run to the plate in the ninth in the person of Dustin Pedroia and end the night with a loss.

The post-fire-sale team is now 1-1 and trading pitching for offense just means the Sox will be losing games 6-4 instead of 2-1. Meanwhile Remdawg and D.O. have plenty of time to talk about bow ties and Joseph Abboud. And they did a lot of that last night. Did you ever think you’d hear such nonsense during a Red Sox/Yankees game? Well get used to it.