Time for Red Sox to Embrace the Spoiler Role. Starting with the Rays. 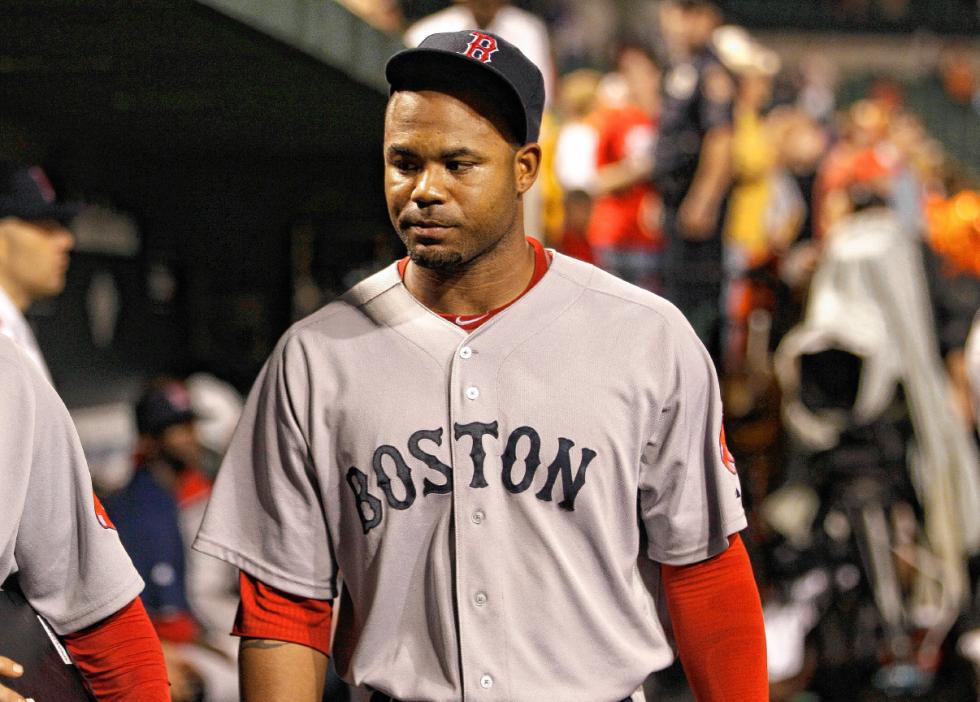 Yeah, it’s a picture of Carl Crawford. For no reason whatsoever.

The Sox are dead-ass last in the East. Nine and a half games behind the Buck Showalter Dancers and 6.5 back in the wild card. Only three teams in the American league have worse records than them. And Rick Aguilea’s not walking through that door.

In other words, it’s time to perform last rites on our 2014 playoff hopes and settle into a role that can be every bit as awesome — spoiler.

And, specifically, spoiler of the Rays’ postseason dreams.

The Sox have ten games against the Rays between now and the end of the season. The Rays, amazingly, have flopped out of the cellar, won seven in a row, and are only 4.5 games out of the wild card. In other words, they think they’re going somewhere. And I want David Ortiz to be their 230 pound dose of reality.

With all the animosity that’s built up between these teams over the past decade (hell, I’ll pull it all the way back to 1999 when Pedro got charged by Gerald Williams), is there any better revenge than snuffing out the last flickers of life they’ve got? Outside of pantsing Joe Maddon or running over that Raymond mascot thing with a monster truck, I can’t think of anything else.

I don’t like the Rays. And never mind holding a grudge after Price’s bullshit last month. I’m still pissed about 2008. Actually, f#$k that: I’ve had them on my shitlist ever since Roberto Hernandez waved goodbye to our bench after striking out Trot Nixon and mathematically eliminating us from the postseason back in 2000. And I won’t even mention Carl Crawford.

Smart money says we’re not gonna get a lot of entertainment value from the rest of the Red Sox’ season. But if they can at least make sure the Rays’ season ends on September 30, I’ll consider it a small victory.

Next post Red Sox Trade Jake Peavy. But Who Gets Chief?