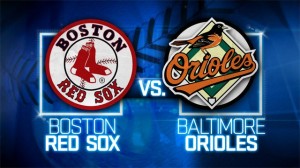 The Boston Red Sox have had a bit of a slow start to their season, but are heading into the weekend on a high note. The team took the final two games against the White Sox in Chicago, silencing the bats of the league’s hottest offensive team. Next up on the Boston Red Sox schedule is their division-rival, Baltimore Orioles, for a four-game series at Fenway Park. The two teams met to start the season, with Boston taking two of the three in Baltimore. Red Sox tickets are averaging $109.56 for the series, a drop of 19 percent from the season series average of $134.51.

Chris Tillman has had a great start for the Orioles so far this season. He hasn’t given up more than one earned run in the three games he’s pitched, including a one-run game in his start against the Red Sox. It was his worst start of the season, though, as he gave up 7 hits and had to leave after the fifth inning. For Boston, John Lackey got roughed up his last time out; he gave up six earned runs, including four home runs, to the New York Yankees. But he’s been solid in his other two starts, one of those a quality start against the Orioles. Red Sox tickets are averaging $75.21 for the game.

On Saturday the Orioles send Bud Norris to the mound. Norris is in his first full season with the Orioles after getting traded from the Houston Astros last season. He got the win his last time out, holding the Toronto Blue Jays scoreless through seven. Felix Doubront has had a rough start to the season for Boston, having given up 3+ runs in each of his first three starts. Red Sox tickets jump to a $139.23 average for this one.

The cheapest game of the weekend, at $73.13 on average, features the best pitching matchup. Ubaldo Jimenez has been the definition of erratic throughout his career, but has ace-quality pitches. This season has been more of the bad Jimenez, including a loss to the Red Sox where he gave up four runs in six innings. Opposing him will be Jake Peavy who has continued to validate the Red Sox trade for the former Cy Young award winner. He’s struck out 20 in his first three games, and has given up a combined four runs in 18.2 innings.

The annual Patriots Day game will be an emotional one after the unfortunate events last year. The 11:05 start is a popular tradition in Boston and it’s also the most expensive game of the series with a $156.28 average. Both pitchers have started the season slow, but Chen’s numbers are more or less in line with his career numbers, while Bucholz’s numbers are skewed from a poor start against the Milwaukee Brewers. Last season he had a 1.74 ERA in 16 starts in an injury-shortened campaign.

Previous post My Bold Prediction for the Red Sox-Orioles Series