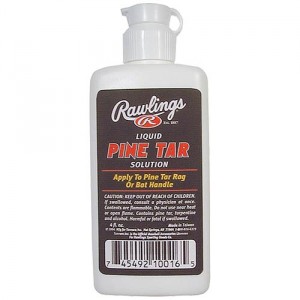 Let’s ignore last night’s bad dream that took place at Fenway and focus on the fun and excitement of Pine Tar. Michael Pineda received a whopping ten game suspension for his use of “a foreign object” during Tuesday night’s game. In reality, I think Pineda was suspended for essentially giving MLB a great big middle finger by going to the mound in the second inning with the shit dripping off him. Is he trying to make some kind of statement, or is he just that stupid?

One question that has to be asked: why did Farrell call him out Tuesday, but not two weeks ago when it was just as obvious Pineda had the Pine Tar on his arm? Was he so desperate for a win that he would try anything for a win? Was he protecting the “integrity of the game” by calling it out because it was so obvious? I think there may be another reason.

When Pineda pitched against the Sox two weeks ago, Clay Buchholz was on the mound for the Sox. Tuesday night it was John Lackey. Is it that big a stretch to think that, just maybe, Buchholz was using Pine Tar that night and Farrell didn’t want to risk him getting called out? I think not.

Whenever the Yankees fire back, and they most certainly will, I suspect it will be when Clay is on the mound. All Girardi has to do is have the umpire check Buchholz for Pine Tar. If he’s clean, it will probably rattle him enough that he’ll fall apart anyway.

For all this and more in convenient audio form, listen to my interview on WBUR. Or don’t.