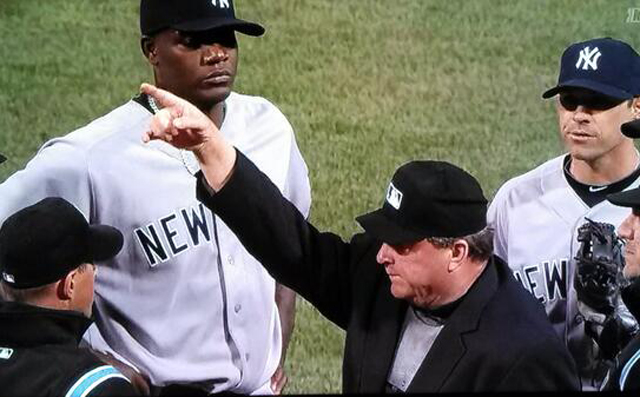 A couple weeks ago, as John Lackey lumbered off the mound in the Bronx after being tagged for 10 hits and six runs in his first loss of the season, you kinda got the feeling that he’d be spending all his spare time in an off-the-grid dojo, practicing judo kicks on mannequins dressed in Yankees jerseys.

Turns out he probably was, because the man laid down a hurtin’ on the Yanks tonight at the Fens, giving up just one run and striking out 11 while enabling a much-needed 5-1 victory. The win not only snapped a two-game skid and reaffirmed Lackey’s status as the number one badass mofo on our pitching staff, it also restored a bit of the confidence that was shaken by Buchholz and Lester going tits-up in over the last two games.

Our offense showed up for this one, too, which is always nice. Sizemore led things off with a triple and was knocked in by the next batter, Pedroia, who is finally showing signs of returning to form. From there, the Sox never really looked back, while Lackster kept the Yanks on lockdown. Napoli also continued his torrid April, going 3-for-4 and knocking in a run.

Of course, all that awesome will likely be overshadowed by Yankees starter Micheal Pineda, who was ejected in the second inning for having an illegal substance, which everyone in the free world assumes to be pine tar, on the right side of his neck.

Dabbling in such substances, as Eck masterfully explained during NESN’s post game show, is nothing alien to major league pitchers. But few are as brazenly obvious about it as Pineda was, which prompted a complaint from John Farrell. It was a bizarre sequel to Pineda’s April 10 start against the Sox, where NESN cameras seemed to show a prodigious dollop of pine tar on his arm.

The good news, at least for Pineda, is that MLB exec Joe Torre, AKA the Embedded Yankee, will likely be the one deciding his punishment. That means PINE TAR FOR EVERYBODY!

As for the Sox, we’re still under .500. We’re still not convinced the ship has been righted. We still have a lot of questions. But tonight, John Lackey was the stopper we needed, and all, for the moment, seems right with the world.