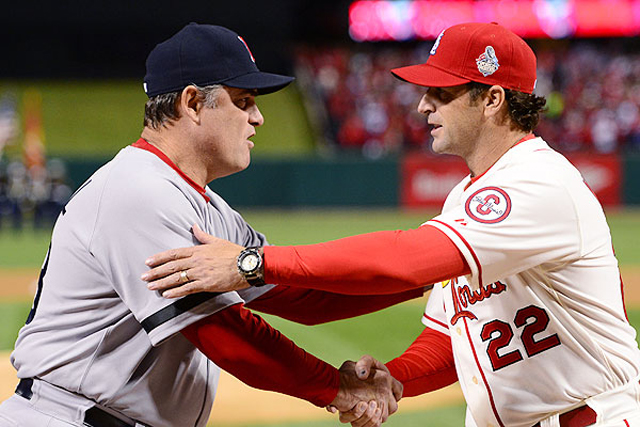 GAME ONE, BOTTOM OF THE SECOND

Farrell: Here comes that play where the ball drops between Wainwright and Molina. ::snorts::

Matheny: I’m glad you can find humor in a moment that reduced me to an almost catatonic state not felt since that night back in ’83 when my dad returned home to tell us that he’d been fired from his job at the mill.

Matheny: No, no. Please. Keep chortling. Never mind the horrible, horrible impact that night had on my family. Or that one Thanksgiving when we had to eat our own mittens. Or how the last time I saw my dad he was drunk on whiskey and writhing naked on a pile of Hot Pockets.

Farrell: Maybe… we should edit this part out?

Matheny: Guess what! After the game, I found out my Aunt Rose has inoperable cancer. Can we dub a laugh track over that?

GAME THREE, BOTTOM OF THE SEVENTH

Matheny: Here’s Molina striking out in another key moment.

Farrell: I expected a lot more in that situation from a guy with tattoos of music notes behind his ear.

Matheny: Little known fact: Those notes are the first chords of “Muskrat Love.”

GAME TWO, BOTTOM OF THE NINTH

Farrell: It just occurred to me that the only games you guys won were games we threw away.

Matheny: And it just occurred to me that during our last recording break, I went out and took a shit in your Lexus.

Farrell: I… don’t have a Lexus.

Matheny: I know. And I haven’t had a solid bowel movement since October.

GAME THREE, BOTTOM OF THE NINTH

Matheny: A nightmare for you guys. But for us, that was the last good thing that happened.

Matheny: Our Vegas odds went up, like, 100 points. The UK’s leader among online gambling sites instantly pegged us as champions. Also, my wife said, “You guys are so gonna win this thing.” So I felt pretty good.

Matheny: Ever wanted to crush another man’s windpipe with your freshly-polished size 11 John Lobbs? Or tear off your own nipples with barbecue tongs and feed them to the birds?

GAME FOUR, BOTTOM OF THE NINTH

Farrell: Watching the end of this game reminds me, did Kolten Wong get my Christmas card?

Matheny: Oh, I don’t think any letter carrier will be able to find Kolten. Heh.

Matheny: I’m just saying that when you’re encased in a sound-proof wooden box and buried under three thousand pounds of gravel, getting your mail becomes… difficult, let’s just say. perhaps even as difficult as preserving what precious little air your makeshift coffin has allotted you.

GAME SIX, TOP OF THE NINTH

Farrell: Right here is where the doubt started hitting me. I figured it was way too easy. That this was the inning you guys were going to strike like cobras, suck all the magic out of the season and force what would, for us, prove an embarrassingly fatal game seven.

Farrell: Are you shitting me? Koji had “Bye, bye, Birds” scrawled on his ass cheeks in magic marker by the time he left the bullpen.

Matheny: I knew it.

Farrell: Give us that face again.

Farrell: Come on. One last time. 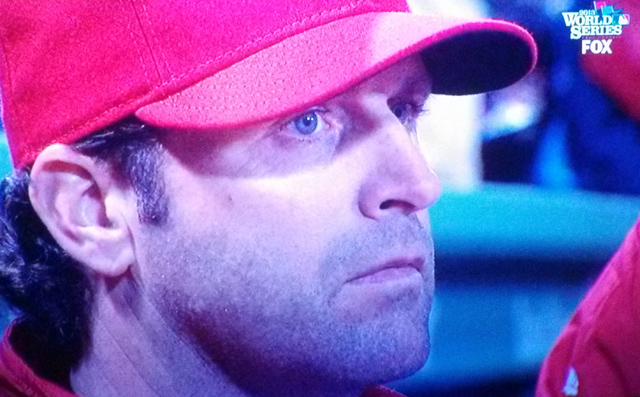 With apologies to McSweeneys.

Previous post Well, Is He a Grinder or a Flower? 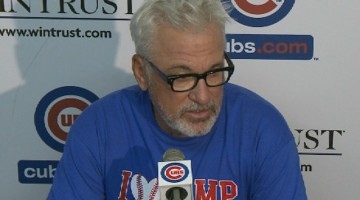 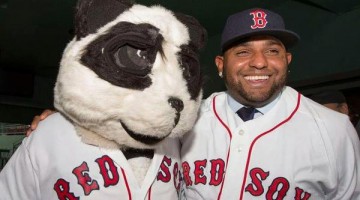 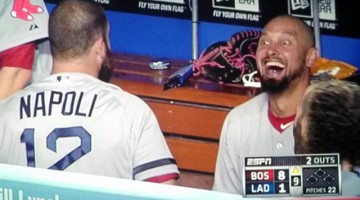