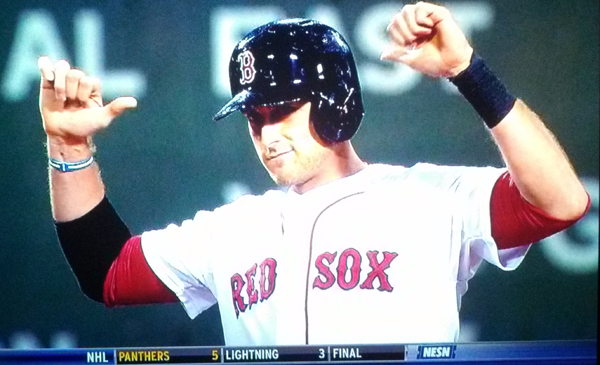 The Red Sox have already surpassed my wildest September dreams, so I am able to dismiss their erratic play of late — only 2-2 since clinching last Friday, but against teams they should be liquidating, like Toronto and Colorado — as perhaps working out the kinks before the playoffs.

With last night’s pulverizing of the Rockies, highlighted by a 7 RBI night from Will Middlebrooks, they got another leg up on the best record in the AL. We only need to win one of our next three games in Baltimore to make it official. And if we were playing anyone but Baltimore, I’d be willing to call it fait accompli. For now, I’ll just wait and see how tomorrow night goes.

Meanwhile, the Yankees have been officially eliminated from post-season play. So there’s that.

I will say this: although I wanted no part of a one-game Wild Card playoff game, it’s pretty exciting to see everything coming down to the wire. And a “for all the marbles” showdown between the Rays and Indians will most definitely be must-see TV. I’m hoping for Cleveland to knock off Tampa Bay, because a Farrell-on-Francona ALDS would be too awesome. And let that be the last time I ever use the phrase “Farrell on Fancona.”