It’s a Fine, Fine Day… for the Red Sox to Clinch the AL East 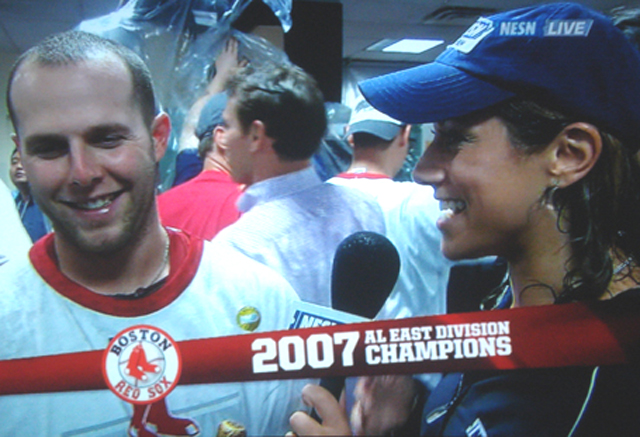 The last time the Red Sox won the AL East was 2007. Back when Tina Cervasio was rocking the post-game interviews. And Eric Hinske was our Jonny Gomes. And Mike Lowell was THE MAN with a capital “THE MAN.” And Daisuke was still tricking us into thinking that the “gyro ball” was an actual thing.

Tonight, we have the chance to do it again. For the first time in six seasons. And for only the second time since 1996.

Jon Lester, who was part of the 2007 celebrations, will be on the mound, so that’s a good sign. Also, we’re playing the Toronto Blue Jays, who are currently cellar dwelling in the East, so that’s another good thing. I like to think that after the Orioles came in and gave us what-for over three games, the boys are ready to clobber the Jays and put this thing to bed.

So let’s keep our fingers crossed, our beers cold, and our DVR “record” buttons at the ready. Because we may see some 2007-caliber shenanigans if we clinch the East tonight at Fenway. 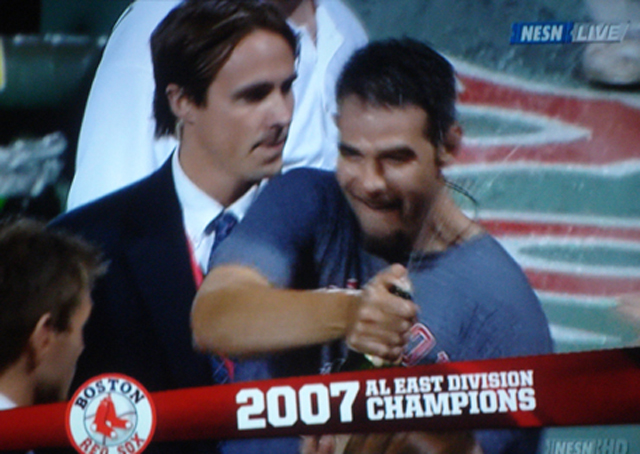 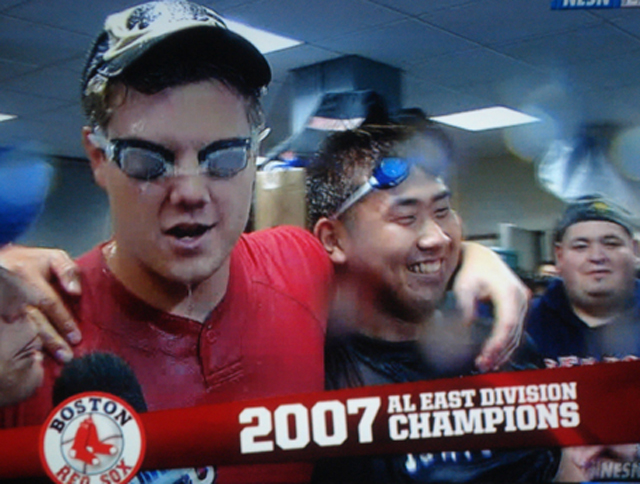 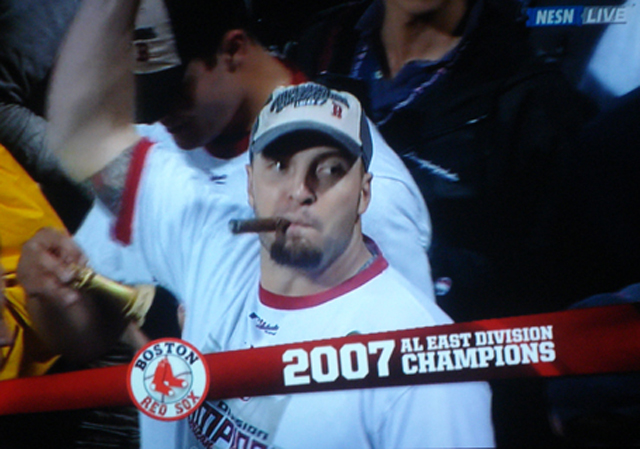 I just want the night to end with John Lackey riding a horse around the outfield. Is that too much to ask?