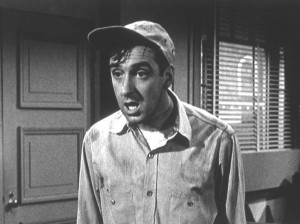 Listen, I love what John Lackey has done for the Red Sox this year, but did you see him after the game? What a goofball. Other than characters in some eighties valley girl B-movie, who says “fer sher?” But whatever. I can’t believe I’m about to say this – that dude can pitch!

The Lackster pitched a complete game two-hitter, allowing just one measly run. Throw in eight strikeouts and a couple of walks, and you’ve got the Red Sox poised to clinch the division. And Lackey even has the beard thing going.

Not to count our chickens and all that, but it looks like the Sox will be facing the winner of the one-game play-in in the first round. It could be Tampa Bay, Cleveland or Texas…even a slight chance of those pesky Orioles. This season, the Sox have dominated the Rays (12-7) and Cleveland (6-1) but struggled against Texas (2-4) and Baltimore (6-9).

Facing Tito and the Indians is probably the easiest match-up and certainly the best story. I don’t care if the have to face the Justice League, as long as they’re playing in October.

Next post It's a Fine, Fine Day... for the Red Sox to Clinch the AL East

Previous post I'm as Free as a Beard Now