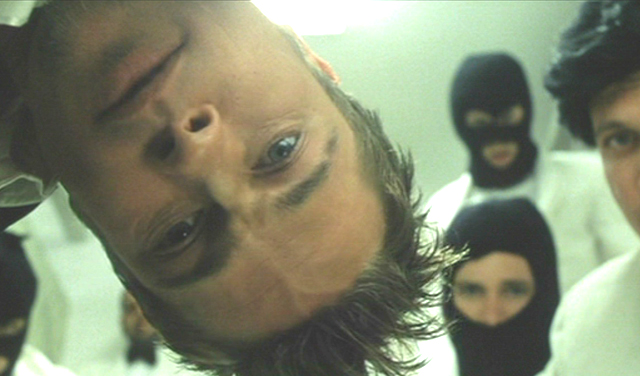 Because, let’s face it, Twitter fights are about as pointless as stumbling into In-N-Out Burger after a five day bender and ordering just a small fries and diet soda. But last night, in the wake of a painful Red Sox loss, as the Nation piled it on Jerry Meals, umpires in general, MLB, Bud Selig, Joe Maddon and Rays fans everywhere, the following tweet was dropped by the Rays’ official Twitter account.

It prompted a double take, since we don’t usually see such crowd baiting from an official MLB account. But, considering the response it prompted from the Sox’ official account, maybe we should:

Of course, then this a-hole had to chime in: 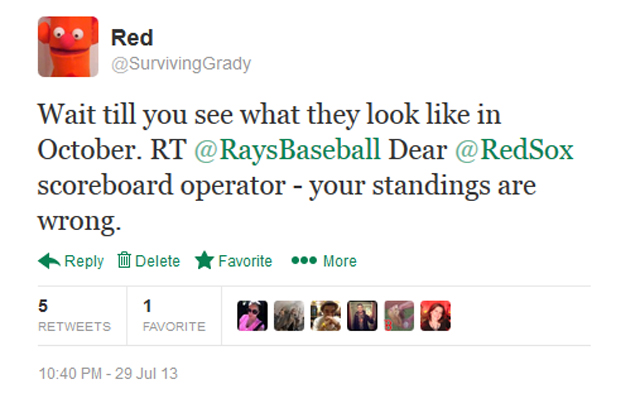 Looks like as of this morning, the Sox account has deleted that tweet. But it’s still standing tall in the Rays timeline. Considering it probably earned the Rays’ account more retweets than it’s had since inception, I think this sort of thing should be the order of the day whenever our teams meet. [UPDATE: It’s still in the Sox timeline… my lame ass just couldn’t find it.]