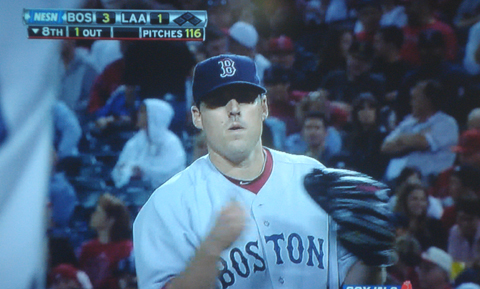 As loses go, last night’s hosing by the Rangers was only a flesh wound. The Red Sox still have the best record in baseball, and if we can snag at least one of the games in this series, we’ll leave town with it. Of course, winning two games wouldn’t suck either.

We’ve got Lackey on the hill tonight going against Alexi Ogando, which I believe was also the name of one of the villains in From Russia With Love. I am all about the Lackster and still hold on to my projection that he’ll win 20 games. I’m not sure about tonight, though. He’s back in Texas, which is like Superman visiting the Fortress of Solitude. But against those Ranger bats, he’ll have to bring his A game, and I’m not quite sure what that looks like yet in 2013.

Hopefully Napoli will shake off the “first night back” blues that apparently got him good last night. We’re gonna need some runs, runs, runs, runs and runs.