Open Letter from the Justice League of America to Jon Lester 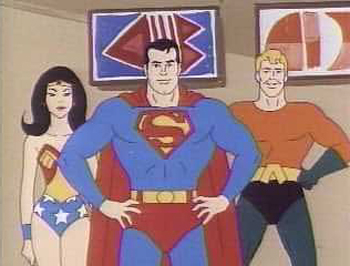 First of all, I know you’re doing great things in your current role. With last night’s one-hit performance over the cursed Blue Jays you have further established yourself as the savior of that great and respected franchise, the Boston Red Sox. At a time when fans were gripped with concern, you righted the ship and basically told them to chill the f$%k out, because you were on the case.

That’s just the sort of thing we like, young Jon. Which is why we’d like you to consider a career with the Justice League of America.

I know the team needs you. That city needs you. But consider this: if you find enlightenment in being cheered on by 37,000 people every night, imagine earning praise from the entire world. And while I’m sure shutting down the likes of Jose Bautista and Colby Rasmus has its own unique rewards, consider, for a moment, saving the entire population of California from Lex Luthor’s heat ray. Or taking down Gorilla Grodd with an array of fastballs to the dome. Or using a cleated foot to kick Braniac so hard in the nuts that he loses consciousness along with his will to destroy reality.

These are just some of the things that an exciting career in the Justice League of America can offer you. Also, have you seen Wonder Woman’s star-spangled shorts? Have I mentioned you two would be sharing an office? Because you would.

Anyway. You’re doing some good work, Jon. In fact, I’d say you’re doing exceptional work. You’re making a difference and you’ve earned the respect of an entire city. We’re just offering you the chance to do good on a broader scale. We’re always looking for a few good men and women. And right now, we’re looking at you.

I know you wear your current uniform with pride. We’d like you to consider a different, but equally dignified uniform. One that could possibly include a cape or, at the very least, a giant “L” with lightning bolts across the chest.

Call us. We’ll be eagerly awaiting your response.

Sincerely,
Superman and the Justice League of America.