Irrationality After Game One, Or Why We’re Winning the World Series 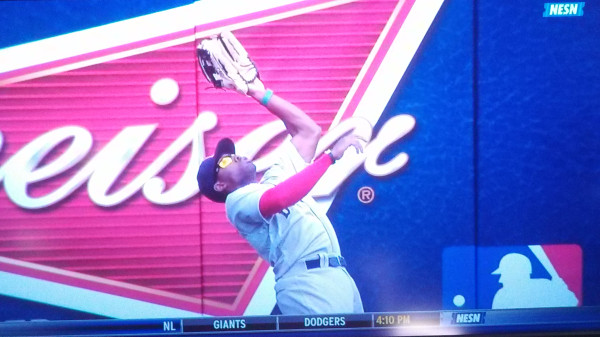 If North Korea’s gonna start lobbing nuclear missiles our way, I hope they at least have the good sense to wait until the Jackie Bradley Jr. story gets a couple more weeks to play out. Because after today’s Opening Day contest with the Yankees, I’m ready to see JBJ change the course of mighty rivers, bend steel in his bare hands and give AL East pitchers a little what-for.

Okay, that may be the liquor talking. In the end, the guy had no hits in game one, but he did draw three walks, including one in the second that led to a run. More importantly, patrolling the vast tundra that is Yankee Stadium’s left field, he pulled a sweet-ass snare of a Cano line drive that had everyone wondering, “what the f$%k did I just see?”

Everything else went surprisingly well for the Sox. Ellsbury had three hits at the top of the order, Victorino and The Elf and Gomes each had a couple. Lester gave up just two runs and grabbed seven Ks over five innings. And the bullpen limited New York to one hit the rest of the way.

Was it just the sort of thing we needed to close the books on 2012? Yes, it was. Now it’s full speed ahead into 2013. And if North Korea can just calm down and keep their shit together, we’re gonna see some damn good baseball from this team.

I’ve got a feeling.

Previous post Put Your Money Where Your Mouth Is