The Cashman-Headwarmer Dialogues: Episode 645: Victory, Thy Name is Yankees

Cashman: Well, that’s that. Two wins out of three in Boston. Seven and a half game lead in the division. The East is ours and we can pretty much run out the B squad for September to get the boys nice and rested.

Headwarmer: Rested for what? Collapsing in a flaming heap come October?

Cashman: You can’t bring me down today, Headwarmer. The salad days are back, whether or not you choose to notice. New stadium, new dynasty.

Headwarmer: Let’s hit the beach, then. Our work is clearly done.

Cashman: It’s not just me saying it, Headwarmer. Look at today’s Post: “After the Yankees’ thick muscles crushed a season-high five home runs off Josh Beckett last night in an 8-4 victory that was witnessed by 38,008 at Fenway Park, they are 7½ games on top of their rivals, who will spend the rest of the regular season attempting to cop the wild card ticket to the playoffs”

Cashman: With damn good reason. For once, everything paid off. The free agents are making hay. The stands are packed. The feeling is back. It’s all clicking and I honestly don’t see anyone stepping up to stop us.

Cashman: I’ve never been more sure of anything, Headwarmer.

Headwarmer: Ah, yes. Reminds me of the last time you were on the cusp of certain victory. Cue flashback!

Cashman: You sure know how to give a guy hell, Headwarmer.

Headwarmer: ::lighting cigarette:: I never give ’em hell, baldy. I just tell the truth. And they think it’s hell.

PROGRAMMING NOTE: If all goes according to plan, Denton and I will be on the Toucher & Rich show on 98.5FM The Sports Hub tomorrow morning around 8:00-ish. Please tune in and hear us embarrass ourselves in yet another medium!

Next post Welcome to the Rest of the Season 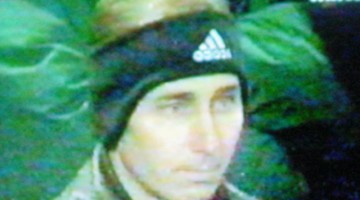