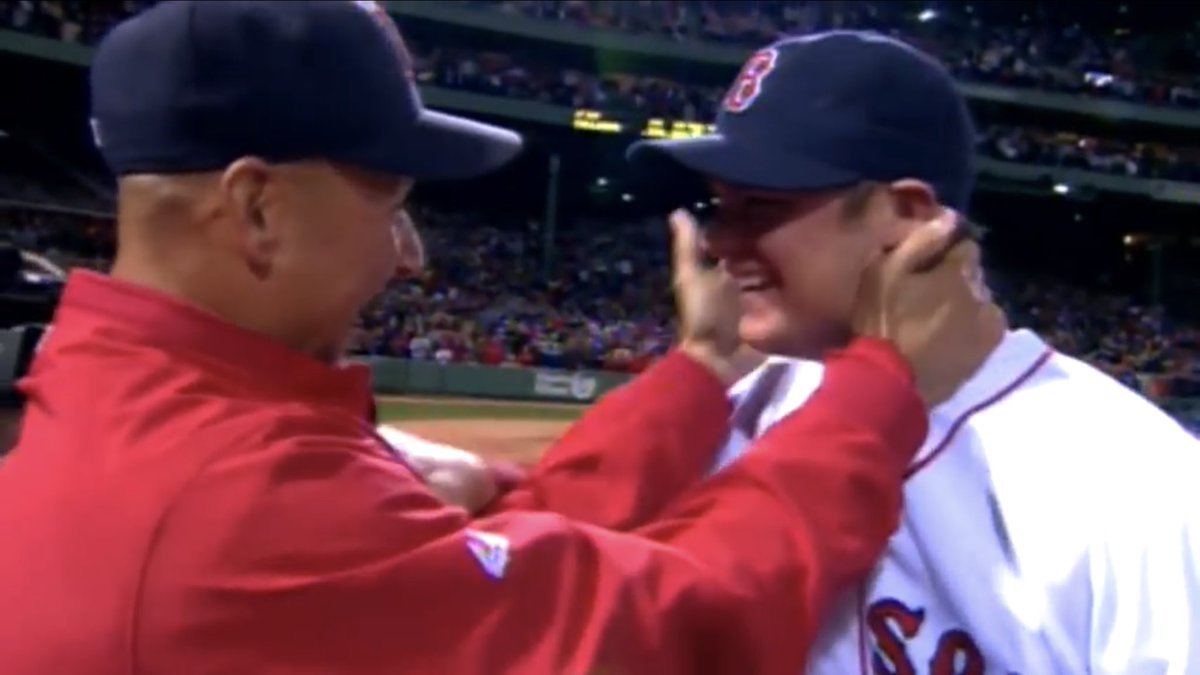 Sometimes, as a Red Sox fan — or a fan of any team for that matter — you just find yourself harboring an odd attachment to a player. Doesn’t matter if they’re the team’s most valuable asset or a guy who can kill a rally just by touching a bat; you just like ’em and you can’t explain why. Then, because baseball is a business that player gets traded, you spend your remaining days drinking whiskey from the bottle and wondering aloud in church and business meetings why the hell they couldn’t have made the man a [insert your team here] for life?

Over the course of my life, it’s happened to many of the Red Sox players I loved. And here’s just a handful of the folks I wish retired as a member of the Red Sox.

Jon Lester: One of the greatest Red Sox moments that didn’t involve a World Series parade was Lester’s 2008 no-hitter at Fenway Park. The scene of him walking off the mound after the final out, into the waiting arms of Terry Francona, never fails to turn me to loose change. When Lester was sent packing to Oakland in 2014, my booze-soaked brain sought solace in the belief that the Sox would re-sign him when he became a free agent at the end of that year. That’s what’s known as a “cry for help.” Jonny wasn’t coming back, despite my letters and poems and mix tapes and that night I showed up at his mansion with a bouquet of roses that I was gonna tell him was from Red Sox ownership if I hadn’t been beaten within an inch of my life by his security guards. Now I know that good things aren’t meant to last. Just ask the billy club still lodged in my colon.

Nomar Garciaparra: There are those who say we wouldn’t have won a World Series with him. That he didn’t like it here. That he was bringing everyone down. All I know is I loved the hell out of watching number 5 play, and would have loved to have seen him cruising down Boylston in a duckboat.

Dwight Evans: Right after the Red Sox were unceremoniously swept out of the 1990 ALCS by the Oakland A’s, the Red Sox quietly released Dwight Evans, a veritable local legend, all-around good guy and player who should have been granted Red Sox for Life status. Dewey went on to play one more year for the Baltimore Orioles. For Young Red, the fact that the Red Sox wouldn’t let Dewey finish his career with us, on his terms, was the loss of innocence. The day I realized the owners don’t give shit one about the players or the fans or the beer or the scorecards or the fake wax lips or the fact that Van Halen was actually a very good band with Gary Cherone. They care about profits.

Kevin Millar: There are some guys who are just fun to have around. Millar is one of them. In fact, his personality was basically the tenth player on the 2003 and 2004 teams – extremely valuable in an “intangibles” sort of way. I would have been more than happy to have seen him stick around for another couple years until the end of his career.

Mookie Betts: This one still hurts, and I’ve pretty much said all I have to say on the matter. But I will once again note that Mookie was a good thing. Maybe the best thing. And he seemed chief among the players suited to fill Ortiz’s oversized shoes as Ambassador of Red Sox Goodwill. Losing him was a gut punch we may not soon recover from.

Mike Napoli: His output steadily declined in his three years in Boston. But Nap’s legend was secured when he celebrated the 2013 World Series win with what seemed like a three-day bender across the city, forever captured in our minds for his shirtless hustle down Boylston. Is that reason enough to keep a guy around for the rest of his career? Savvy baseball minds will say no. But I… I say yes.

Carlton Fisk: When you have a player on your team who is tough as nails, a two-hundred time All Star (give or take), arguably the best catcher in the game, responsible for one of the most iconic moments (to that point) in franchise history and a man who takes great joy in brawling with the Yankees, you keep him. Forever. That’s exactly what the Red Sox didn’t do with Pudge Fisk, pulling a “whoops” when the negotiation deadline passed and his contract was still sitting in a mail carrier’s sack. Fisk went on to remain a force with the White Sox and was always good for a few home runs against his former team. Yes, the new Boston ownership has since mended fences with Pudge, but it just felt like too little too late.

Pedro Martinez: Look, I know we weren’t Pedro’s first. But we absolutely, positively should have been his last. In fact, we should have kept…

The Entire 2004 Red Sox Roster: Here’s the thing: if you’re part of the team that breaks “The Curse” and provides fans of the franchise with one of the most spiritually uplifting moments of their lives, you should be allowed to stick around as long as you want. I know that’s not a popular theory, and in many ways it could have cost us the 2007, 2013 and 2018 titles. But I stick to it. Once that final out was secured and the champagne started flying, ownership should have been in the clubhouse handing out cigars and lifetime contracts. And hey, 2009 Doug Mientkiewicz might have surprised us all…

Of course, despite my whining, I will reiterate that I know it’s a business. And if the loss of a player you love — as shiterrific as it is — has you turning in your laminated Red Sox Nation card, you can just keep runnin’. The Red Sox are that ex who does that thing you like whose texts you’ll never not respond to. Better yet, they’re the symbiotic black costume that attached itself to Spider-Man. Once it’s latched on, it’s never coming off. They can slap us around, trade off our heroes, and stomp on our hearts. But when the dust clears and the bunting is up and down the baselines and Wally is waving his flag and the popcorn and fifty dollar beers are flowin, we’ll be back. We always come back.

Because that’s what we do.