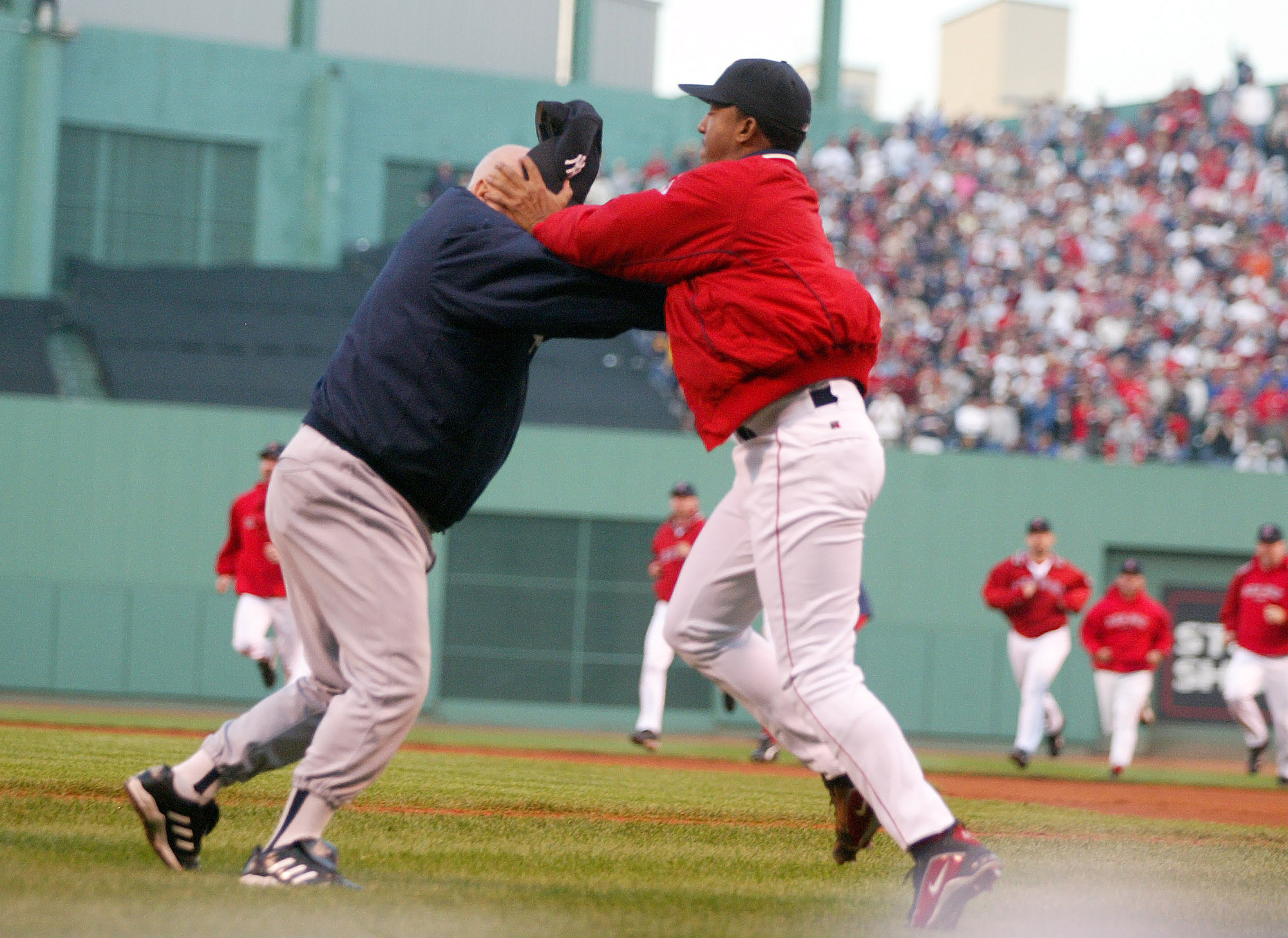 Today marks the 17 year anniversary of the craziest thing I’ve ever seen during a Red Sox game. I still wake up some mornings and ask myself, right after I check to make sure that no one’s swiped my rare Pete Schourek Collector Coins whilst I slept, if I really did see a rage-fueled Don Zimmer go nuts and charge Pedro Martinez during game three of the 2003 ALCS.

I mean, David Lynch couldn’t have scripted something more fucked-up than that. A goddam 72 year old, two-hundred and fifty-pound dude with a metal plate in his head came charging like a rhino out of the visitor’s dugout, across the Fenway infield, and got tossed to the ground by our ace pitcher. How the hell does something like that even happen?

I sometimes wonder what was going through Zim’s head. I mean, that morning, while eating breakfast, was he like, “If Pedro pulls any crap today, he’s goin’ down.” Or was it more like he just blew a gasket at that moment? Or was it sort of Manchurian Candidate thing? Like Steinbrenner and Cashman figured Zim was the most expendable guy in the dugout and hypnotized him to become a walking timebomb.

Either way, I can imagine his poor grandkids watching it unfold on TV. “Mommy, has Pop-Pop lost his shit?” I have to admit, it took some guts.

It was insane and incredible and hilarious and really, really sad, particularly Zim’s tear-stained apology presser the following day. Although he was something of a punchline in Boston after his notorious stint as Red Sox manager in the 70s, Zim was one of the good guys. He was also one of the better ambassadors of the game, someone who bragged about never earning a paycheck outside of baseball and who was universally respected by pretty much everyone not named Bill Lee.

And I am proud to say I still own a copy of the next day’s New York Post: 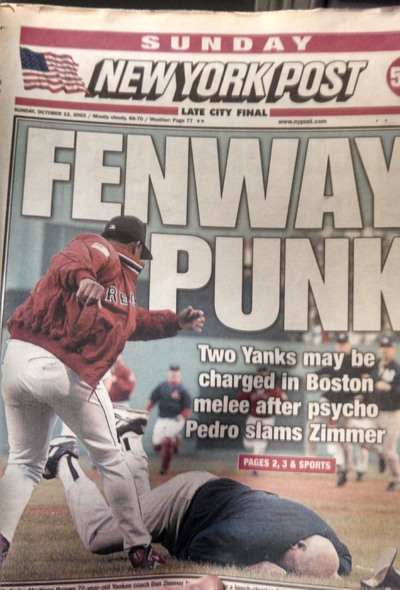 Honestly, the more I think about that 2003 ALCS, the more depressed I get. In addition to being the impetus for this blog, that whole series was surreal, between the Zim throwdown and Jeff Nelson clashing with fans in the bullpen and Aaron Boone’s home run. Right up until those final innings of game seven, I truly thought our chances to beat the Yankees and head to the World Series were pretty good.

Turns out, I just had to wait a year.

Next post A Crushing Defeat... and the Birth of a Blog