Suggestions for Red Sox Ownership to Recover from Mookiegate 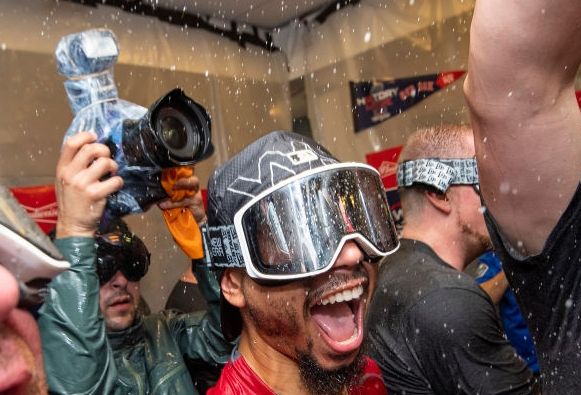 As we can all attest, the past week has been one of the strangest in Red Sox history, second only perhaps to that time Joe Kerrigan was revealed to be a flock of pigeons disguised as a man.

For those keeping score, Red Sox Ownership decided to trade beloved home-grown talent Mookie Betts and equally talented but nowhere near as lovable David Price to the Dodgers for a hyped but unproven prospect (Brusdar Graterol) and a player of questionable moral turpitude (Alex Verdugo). Then, when the shit hit the fan (or the fans hit the Twitter), Sox brass seemed to open a door to a possible Mook return, claiming Graterol was damaged goods. As of this writing, the trade has been in limbo for what seems weeks. Oh and in the midst of all this, the Sox appeared to name Ron Roenicke their new manager, a move that won’t be official until MLB concludes its sign-stealing investigation. This comes after Alex Cora was bounced from the manager role for a crime he may not have committed.

Got that? Good. Okay.

Now that we’re still poking through the wreckage, and even if the trade falls apart and Mookie ships back up to Boston (unlikely as it may be), ownership still seems to owe us, the fans, some sort of restitution for all this bullshit they’ve put us through. So what will it take to win back our happiness? For some, it’s not even a question; the team shows up, you show up. But other, more stubborn types who are still smarting from losing what could be the Greatest Red Sox Player of Our Lifetime for pennies on the dollar may require coaxing.

So what’s it gonna take? Here are some suggestions:

Free Beer April
Long ago, I was angry about something. Then the person who was the source of my anger brought me a case of beer. As I cracked that first Pabst, the anger dissolved as quickly as my aspirations. Accordingly, I may be angry about the Red Sox dispatching Mookie, but a warm Saturday afternoon at Fenway drinking free beers would do wonders for my mood. In fact, it would likely make me forget why I was angry in the first place. If you own the Red Sox, that’s the kind of medicine you want to dispense. Sure it opens up a host of other problems, like, for example, fistfights, vomit removal and drunk fans storming the field to touch Colten Brewer’s beard. But you guys are rich; you can figure it out.

Ownership Dunk Tank
Here’s the pitch: Werner and Henry in a dunk tank on Lansdowne before and after Sox games. Dunk tanks filled with warm turkey gravy. Fans can take turns all day. Every time they’re sunk, a hundred bucks goes to the Jimmy Fund. This is the greatest idea since electricity and I demand that it be stolen and put into effect because God knows I won’t do anything with it.

Army of Mookies
Since you guys seem so hung up on medical records, why not get a sample of Mookie’s DNA while he’s still technically on the payroll. Yes, it’ll be awkward (I would imagine the union has expressly instructed players to jump out the nearest window at the sight of John Henry approaching with rubber gloves on), but it would enable us to fulfill our dream of fielding an entire team of Mookie clones who could double as some sort of local Avengers affiliate in the off-season.

Fans Sit Where They Want Night
This one’s self explanatory and I call dibs on the pitcher’s mound.

Mike Timlin Chases Ownership Around Fenway in a Monster Truck
Not sure of the logistics (or legality) of this, but it will no doubt appeal to the Hunger Games demographic. And fans of things that are awesome.

NESN Presents: The Apology Tour
Henry and Werner do a live town hall in which they basically admit that they let a rare, once-in-a-generation talent go for wildly underwhelming returns. Then they are strapped down and forced to watch a two hour Mookie highlight reel before a pre-selected group of Jaeger-fueled fans get to hurl fastballs at their nuts.

Just Bring Mookie The Fuck Back
A novel concept, but I have a feeling this could work.