Dying 50 Times a Night and Other Red Sox Postseason Memories 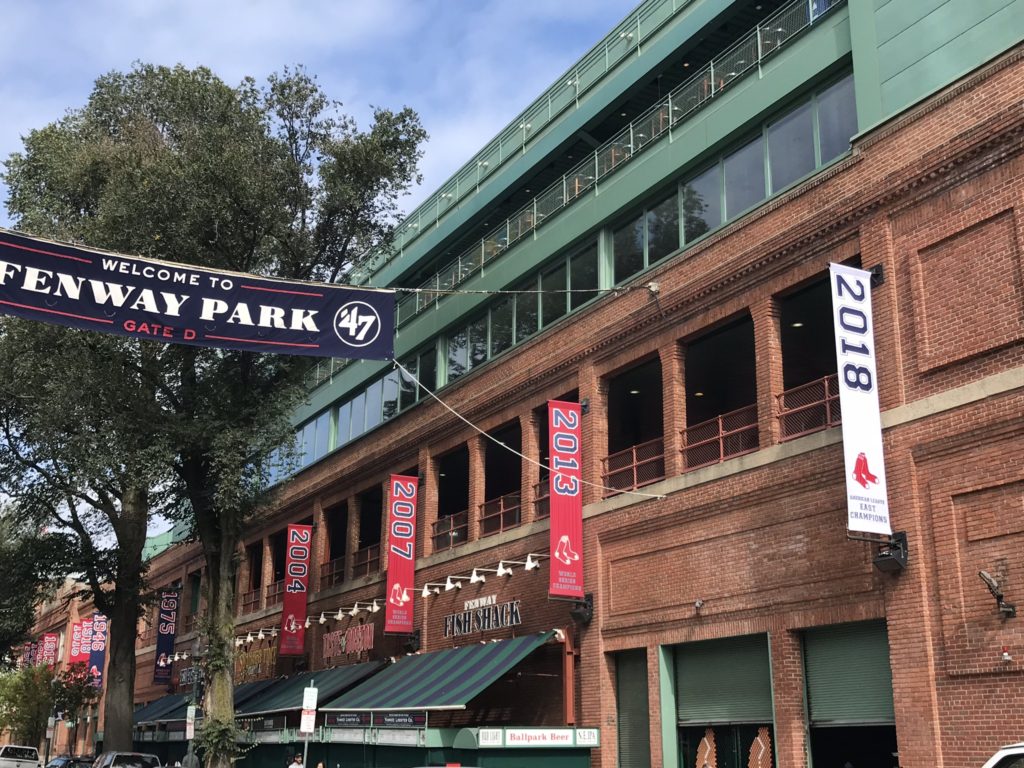 Watching game one of the ALDS last night, I felt oddly calm and collected as the Red Sox cruised to an early 3-0 lead. Two innings later, it was 5-0, and I poured an early “celebratory whiskey” because goddamn it, it’s whiskey and I’m me, and I was feeling pretty good about the Red Sox’ chances.

But then the bullpen happened. And suddenly the elephant in the room for most of this season sat on my liquor supply. And from the moment Sale came out of the game, I was watching in my usual “playoffs” position, which is a sort of mash-up of pacing in front of the television, collapsing in a heap on the floor and punching at imaginary ghosts.

And suddenly, I remembered what it’s like to be a Red Sox fan when the Red Sox are in the playoffs. The 2004 postseason is at once the most vivid and cloudiest time of my life, due to just how fucking zombified I was — we all were — during that two week October blur. There was no sleep, no square meals, very little attention to personal hygiene. Just baseball, baseball, baseball. In the car, in the store, at my desk, at the casino. I’d find myself cutting meat in the shape of Jerry Remy, chanting “Let’s go Red Sox” in board meetings, and asking hookers how much they’d charge to dress up as Dave Roberts and reenact “the steal.”

Seriously, did you ever feel so useless, yet so fueled by adrenaline and glee? I remember days spent shuffling through the corridors of my office building like an extra from The Omega Man, vocal chords swollen, face puffed out, last vestiges of the previous night’s Jaegermeister quart slowly simmering in my veins. But in the evening, as game time approached, it was all outtamyway because there were playoffs to watch and signs to paint and fingernails to chew and bottles to smash and babies to frighten. It was all so surreal and yet it made perfect sense.

If you’re like me, you’re unpleasant to watch a Red Sox game with. And I mean that in the best possible way. It’s a stressful all the time because no one lives and dies with this team like we do. In the playoffs, multiply that shit by a thousand and watch the fuck out. I can’t tell you hoe many times guests have left my house in horror after I’d lost my shit during a Red Sox playoff game, whether it was putting my fist through a wall, kicking over a food table or dropping my pants and pressing my bare ass against the TV screen. Yes, all of those things happened during the 2004 postseason. And I’ll just add here that a favorite sport of my coworkers during that stretch was asking what time the riot police eventually showed up at my door or how much I dropped on the Sox at www.bettingappguide.com.

But when it finally happened? When that final out was made and the Red Sox were the 2004 World Series champs? Even watching it again last night before the ALDS (part of the “psyching myself up” process), when I’ve already burned each frame of the transaction to memory, I find the arms raising involuntarily, the heart racing, the immense weight of the 2003 ALCS lifted off my shoulders. The World Series was spectacular, but at that very moment when the Yankees were vanquished and the AL title was ours… man, I couldn’t have been happier if I’d been magically transformed into Lili Reinhart’s sofa.

Like last night, one of the most satisfying things about the 2004 ALCS was the looks on the faces of the Yankees fans and players as it all just liquified and slipped through their fingers. Cashman with his hands in his pockets, staring blankly at the Red Sox pigpile. Billy Crystal slumped over in his private suite, being comforted by his wife in a manner not seen since the reviews for Mr. Saturday Night came in. Yanks fans lumbering out of the Stadium as the Sox fans moved in closer for the kill. The only thing missing was Kevin Millar giving pressed hams on the Jumbotron with “Thanks, NY” scrawled across his ass in magic marker.

Maybe we add that to Brock Holt’s “to do” list for this year’s postseason.

Previous post Y'all Ready for Red Sox vs. Yankees in the Postseason?